Difference on duties blocks GCC-EU deal
9-Jun-2010
Despite 98% of the issues of the long-awaited Free Trade Agreement between the GCC and EU having been successfully negotiated, the GCC’s decision to impose customs duties on EU exports remain the only sticking point, an EU source has said.
GCC members suspend free-trade talks with Europe
27-May-2010 Bloomberg
“Negotiations were suspended because EU countries added a clause depriving GCC countries the right to impose duties on EU exports in the future,” the Director General of the External Economic Relations Department at the Gulf Cooperation Council said.
UAE to push GCC-EU free trade plan
22-Apr-2010
The UAE will push for a long-awaited free trade agreement between the GCC and the European Union during the Emirates presidency of the Gulf states’ bloc next year, said the Foreign Minister. 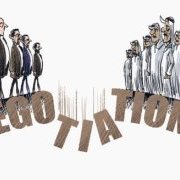 GCC states may not resume EU FTA talks
23-Mar-2010 Gulf Times
GCC states may once again refuse to resume free trade agreement talks with the European Union due to “intransigence” on the European side, a senior official said.
Lobbies trying to stall FTA with EU: Attiyah
25-Nov-2009 Peninsula
Lobbies representing European petrochemicals and aluminum industries are attempting to stall the long overdue free trade agreement between the Gulf Cooperation Council and the European Union because they are concerned about compettion from the GCC
FTA between GCC, EU expected to be sealed next March: Kuwaiti official
1-Oct-2009 Xinhua
The long-awaited negotiations on a Free Trade Agreement between the European Union and the Gulf Cooperation Council is expected to be completed by next March, a Kuwaiti senior official said Tuesday.
EU urged to sign free trade deal with Gulf states
29-Sep-2009 Business 24/7
Gulf oil producers yesterday urged the European Union to stop setting conditions and sign a free trade agreement that has eluded the two sides for nearly two decades because of persistent rifts.
Gulf states, EU to resume negotiations over free-trade agreement
11-Aug-2009 SmartBrief
The EU is expected to drop "noneconomic demands" to which the Gulf states object, according to a report from the Emirates Industrial Bank.
EU free trade secondary to Asia pacts: Al Mansouri
27-May-2009 Gulf News
The six-nation Gulf Cooperation Council (GCC) is concentrating on trade talks with East Asia after negotiations with the European Union stalled, Sultan Bin Saeed Al Mansouri, Minister of Economy, said.
West accused of ‘hypocrisy’ on free trade
6-May-2009
A former Qatari minister yesterday lambasted Western “hypocrisy” and “double standards” when it came to free trade agreements (FTAs) with smaller nations. And he maintained that the GCC-US FTA was a thing of the “past”.
0 | 10 | 20 | 30 | 40 | 50 | 60 | 70
Subscribe to bilaterals.org weekly