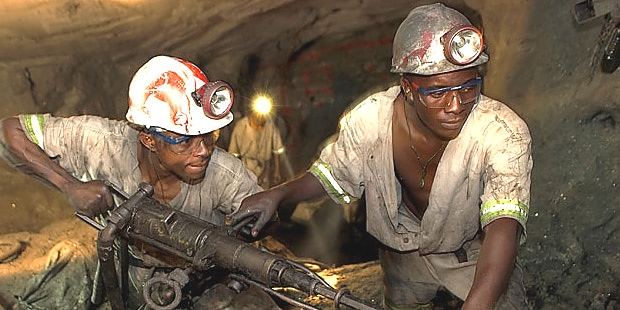 A wind of change! Tanzania’s attitude towards foreign investors and international arbitration

In 2014, Tanzania was identified as the top destination for foreign direct investment in East Africa by the United Nations Conference on Trade and Development (“UNCTAD”). Between 2011 and 2013, the country signed five new Bilateral Investment Treaties (“BITs”). With these, it would seem like the country is opening up and attracting foreign investors.

However, since the new government came to power in 2017, the country has shown a hostile attitude towards international arbitration. Tanzania’s current government has adopted a rather combative stance toward foreign investment. The government has also taken measures that have substantially changed investment conditions for foreign investors, especially those in the natural resources sector. Since 2017, and over the past several months, the government terminated its BIT with the Netherlands and passed several laws that limit foreign ownership of natural resources. It has also limited the use of international arbitration in the country’s natural resources industry. These legislative reforms appear to reduce the country’s exposure to possible international investment claims, both contractual and treaty-based. These shifts in the regulatory framework, nonetheless, has proved to affect the country as the state is faced with a wave of new arbitration claims. The recent attitude by the Tanzanian government will discourage foreign investment, as most foreign investors prefer international arbitration as a method of resolving their disputes with states. This post intends to discuss the significant legislative changes in Tanzania over the past eighteen months.

Measures Taken by the Tanzanian Government towards Foreign Investors and International Arbitration:

The first of these measures took place last year when Tanzania’s parliament passed three controversial pieces of legislation that made significant reforms to the legal and institutional frameworks governing oil, gas and mineral extraction. These are: (1) the Written Laws (Miscellaneous Amendments) Act 2017 (“Amendments Act”), (2) the Natural Wealth and Resources (Permanent Sovereignty) Act 2017 (“Sovereignty Act”) and (3) the Natural Wealth and Resources (Review and Re-Negotiation of Unconscionable Terms) Act 2017 (“Review and Renegotiation of Unconscionable Terms Act”). With these legislations, the government aimed at correcting the shortfalls in the way the country has been managing its natural resources and to significantly increase its control over mining, oil and gas operations in the country.

For instance, the Review and Renegotiation of Unconscionable Terms Act empowers the Government to renegotiate or remove terms from contracts relating to natural resources that the government deems ‘unconscionable.’ Under section 6(2)(i), any clause that subjects the “State to the jurisdiction of foreign laws and fora” is“deemed to be unconscionable.” This means that if a contract contains a clause that refers disputes to international arbitration, the clause might be deemed unconscionable and could be subject to renegotiation. If the investor, however, refuses to renegotiate or renegotiation fails, then the term ceases to have any effect and is treated as having been expunged (section 6 (3) (1) and section 7 (1)).

Furthermore, Section 11(2) of the Permanent Sovereignty Act prohibits investors from resorting to international dispute resolution mechanisms or any foreign court or tribunal. It stipulates that any “disputes arising from extraction, exploitation or acquisition and use of natural wealth and resources shall be adjudicated by judicial bodies or other organs established in the United Republic and in accordance with laws of Tanzania.” Section 11(3) further requires that “judicial bodies or other bodies established in the United Republic and application of laws of Tanzania shall be acknowledged and incorporated in any” contracts or agreements relating to natural resources. These provisions would appear to rule out any arbitration clause that makes reference to international arbitration bodies as well as the application of foreign laws to the dispute.

These changes in the regulatory framework dramatically alter the conditions that were in place for foreign investors in the country’s natural resources sector. As a result, the state has faced a wave of arbitration claims filed by many foreign investors.

Notwithstanding the pending cases brought against the country due to the 2017 legislative reform, in September this year, the government made another significant legislative reform when it passed a new law that bans international arbitration as a method for resolving investor-state disputes with the country. The Public-Private Partnership (Amendment) Act, No. 9 of 2018 came into force this past September. Under Section 22 of the Act (Dispute Resolution), any dispute arising during the course of the PPP agreement “shall in case of mediation or arbitration be adjudicated by judicial bodies or other organs established in Tanzania and in accordance with its laws.” Accordingly, ‘international’ arbitration is no longer permitted in the PPP Agreements particularly those projects relating to natural resources. This a key change to the old act (Public-Private Partnership Act, No. 19 of 2010) which permits foreign investors to resort to international arbitration under international bodies. Foreign investors in PPP agreements under the new Act are compelled and can only seek recourse over disputes through domestic courts and in accordance with Tanzanian laws.

The most recent major reform also occurred this past September when Tanzania terminated its BIT with the Netherlands. The state gave the Dutch government the notification of its intention to terminate the treaty ‘only hours’ before the October 1 deadline when the treaty was set to expire on April 1, 2019. Article 14 of the BIT states, “[u]nless notice of termination has been given by either Contracting Party at least six months before the date of the expiry of its validity, the present Agreement shall be extended tacitly for periods of ten years.” The reason for this move by the Tanzanian government is unclear considering that the termination notice/decision was given and made in the last minutes. It is unclear whether this move was directed only towards the Dutch BIT or whether the government will also terminate all its remaining BITs.

However, it was reported that NGO groups have pushed the country to take this step. The East African Strategic Group on Influencing Multi and Bi-lateral Trade and Investment Negotiations, as well as the Southern and Eastern Africa Trade Information and Negotiations Institute, also played a role in pushing the country to bring the BIT to an end. It was also reported that several civil society lobbyists from both countries met over the last summer to review the BIT and started a campaign for that purpose.

Unlike all other Tanzanian BITs which are in force, the Tanzanian-Dutch BIT is the only one which could be renewed automatically if neither party issues a notice of intention to terminate at least six months after its expiry. For this particular BIT, a deadline was set. Therefore, if Tanzania had not terminated the BIT before the said deadline, October 1, 2018, it would have been extended automatically to April 2029. The other remaining BITs in force grant Tanzania the right to give a notice of termination at any time after the initial ten years from the date of entry into force. Thus, it remains to be seen whether the Tanzanian government will end any of its remaining BITs in the near future. It also remains to be seen whether the state intends to formally denounce the ICSID Convention and other multilateral investment agreements providing for international arbitration.

To date, the country has signed 19 BITs, of which 10 were entered with European countries, 5 with Asian countries, 4 with African countries, and Canada. Remarkably, of the 19 BITs, only 11 are in force, and 2 were already terminated (Switzerland-Tanzania in 1965 and Netherlands-Tanzania in 2018). As to investment dispute, Tanzania has been a Respondent in several investment arbitration cases – six cases under ICSID and one case under the PCA. In these cases, investors have invoked an investment contract and different BITs. Three cases are pending before ICSID and the PCA, and four have already been concluded.