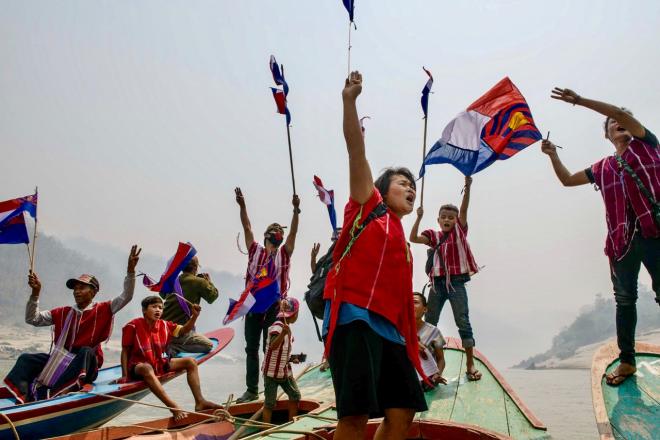 The ACTU has condemned the Federal Government at an inquiry hearing into Myanmar today for pressing ahead with ratifying the Regional Comprehensive Economic Partnership (RCEP) trade agreement which includes trade with Myanmar.

The ACTU appears today before a Foreign Affairs and Aid Subcommittee inquiry into Myanmar.

By entering into a new trade agreement with the military junta, Australia risks legitimising and further entrenching the regime.

RCEP is the largest trade agreement in the world and includes China, Japan, New Zealand, South Korea and the 10 ASEAN countries (including Myanmar), and by ratifying Australia will legitimise trade with the military regime.

Australia’s inaction against the military junta is stark in comparison to other developed democracies, including the USA who recently suspended trade engagement with Myanmar under the 2013 Trade and Investment Framework Agreement.

Additionally, RCEP has no chapter on labour and includes no worker’s protections – including against child labour and slavery. Over half of the 15 countries party to RCEP are ranked as among the worst countries in the world to work according to the International Trade Union Confederation’s 2020 Global Rights Index.

In addition to not ratifying RCEP, the ACTU calls on the Morrison Government to immediately implement sanctions against the Myanmar military, its leaders, its business interests, and business partners.

“Australia has been slow in its response to the violence in Myanmar- we’re supposed to be leaders in our region, and we must take strong action to withdraw all support and stop revenue flows to the military regime and support a return to democracy.

“Workers and trade unions are at the forefront of the civil disobedience movement protesting for an end to the military regime, and we stand with them in solidarity.

“The people of Myanmar are putting their lives on the line and are taking action to bring the economy to a halt because they do not want military rule and want to stop the flow of money to the regime. By pushing ahead with ratifying the RCEP and not imposing sanctions the Morrison Government is undermining their efforts.

“Workers and trade unions are being targeted by the military junta – workers have been killed, arrested and intimidated for participating in peaceful protests and strikes; sixteen unions and workers’ organisations have been declared illegal; and many union leaders are being hunted by the military and have been forced into hiding. The Morrison Government should be introducing sanctions and suspending ties with this brutal dictatorship – not deepening ties through a new trade agreement.

“The Biden Government in the US has taken the right approach in using its leverage to stop the flow of money and to not confer legitimacy on the military dictatorship. The Morrison Government needs to join the USA, UK and other democratic countries in suspending ties with Myanmar”.