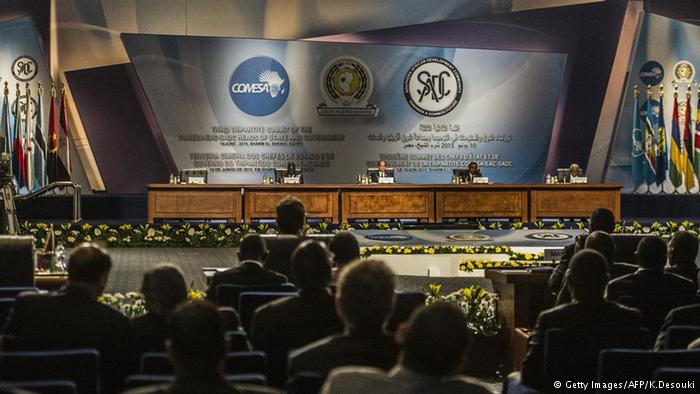 Plans to establish a single market for the 26 African countries in the Eastern and Southern African region – known as the tripartite free trade area (TFTA) – could be overly ambitious, say risk and research experts.

The TFTA, which intends to link three African regional economic communities (RECs): Comesa, SADC and the EAC, was officially launched in June 2015 to rave reviews across the continent, and hailed by many as a boon for the growth of intra-regional trade. But there has been little progress on the deal so far.

It may be just as well: speakers at the GTR East Africa Trade & Commodity Finance conference 2017 last week, while lauding Africa for moving in an opposite direction to other parts of the world, likened problems with the agreement with those currently affecting the European Union (EU) bloc. They suggested that, with plans to establish a currency union and one single parliament, Africa may be trying to take on too much.

“Here is a leaf that we can take out of the EU’s book, in the sense that they put the cart before the horse: they tried to be too big too soon,” Ronak Gopaldas, head of country risk at Rand Merchant Bank, told GTR on the sidelines of the event.

When it comes to economic integration, he said, progress needs to be achieved at a steady pace to reach a result that is mutually beneficial for all parties.

“The foundation needs to be right, otherwise things are pretty shaky beyond that. If there’s no alignment, it’s a recipe for disaster,” he added, also calling TFTA plans “largely aspirational”.

“My view is that you can get too big: it’s a step too far,” agreed Edward George, head of Ecobank UK and head of group research, Ecobank. “What we’ve seen from the likes of the EU – which reached its ideal size when it was maybe 12 to 18 countries – is that if they get too big, they start to lose any kind of meaning. You then start to need enormous voting blocks to get anything through, and they start to become huge compromise houses more than anything.”

Instead, both Gopaldas and George, who shared the stage in an economist debate at the start of the conference, proposed that Africa’s RECs refocus on better integration within the already existing zones, before looking to tackle the more complex issue of greater integration involving large swathes of the continent. Both speakers named the EAC as a role model in this field: it’s commonly viewed as the African best-in-class in terms of the movement of goods and people.

Once the RECs have achieved better internal integration, they could then look at establishing “special partnerships deals” between the zones, George suggested.

A rushed approach to integration could risk discussions ending up in logjam as a result of pushback from smaller countries that feel they have nothing to gain. “You could see the end result not being what everyone wanted in the first place,” said George. “Multiple compromises between different players may mean you’re left with a deal that doesn’t meet the requirements of what you want.”

For him, the big question is how to control the large and immensely powerful countries of South Africa and Kenya, which dominate these blocs. “They could end up calling all the shots and all the other countries would be forced to follow with cap in hand,” he said. “And that’s where we could have a problem.”