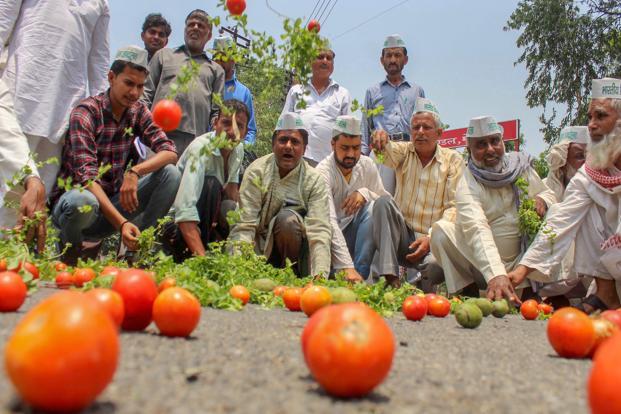 After prevailing upon the Centre to drop out of the Regional Comprehensive Economic Partnership (RCEP) treaty, the Federation of All-India Farmers’ Associations has urged the MPs from Mysuru and Hassan to prevail upon the Union government to terminate the other existing Free Trade Agreements (FTA) inimical to the livelihood of farmers in the country.

Referring to the Government of India being party to 10 FTAs, besides signing six other preferential trade agreements with different countries, the federation has contended that reduction in import duties on account of trade agreements was bleeding Indian farmers.

India’s agricultural exports declined from $43.23 billion in 2013-14 to $33.87 billion in 2016-17, while the import of agricultural commodities, including plantation and marine products, increased from $15.03 billion to $25.09 billion, according to a memorandum submitted by the federation to MPs Pratap Simha and Prajwal Revanna at a tobacco farmers’ meet in Periyapatna near here last week.

Among the existing FTAs, the federation has identified the India-Sri Lanka FTA and the ASEAN-India FTA as “more disastrous” to the country’s agricultural sector. The FTA with Sri Lanka saw pepper from Vietnam entering India through Sri Lanka. “In 1999, the price of pepper was ₹720 per kg, but now it is ₹330 per kg,” the memorandum states.

The prices of tea and coffee too declined after the FTA was effected. While the price of Indian green raw tea leaf was ₹16 per kg before the agreement, it slumped to ₹6 in 2004. Similarly, the price of raw coffee beans, which was ₹63 per kg in 1999, came down to ₹18 per in 2004.

Meanwhile, the ASEAN-India FTA too has damaged Indian agriculture, particularly the edible oil sector, according to the federation. Once self-sufficient in edible oil, India is now importing 55% of its requirement. “Each village had an edible oil extracting unit. Most of these units closed owing to the import of edible oil and half a million people lost employment or income,” states B.V. Javare Gowda, president of the federation.

Furthermore, after the ASEAN-India FTA was signed, there was a tremendous increase in import of rubber, the memorandum continues. Rubber imports almost doubled from 2.6 lakh tonnes in 2013 to 4.4 lakh tonnes in 2015. Farmers in Kerala have complained that they were receiving only ₹142 per kg while its State government has calculated the cost of production to be ₹173 per kg.

Mr. Gowda has also said that the Centre, even after opting out of RCEP, has been continuing negotiations on different FTAs, including ones with the USA and the European Union. The MPs have been urged to ask the Centre to declare a moratorium on FTA negotiations and come out with a trade policy that ensures livelihood and jobs for the country’s citizens.