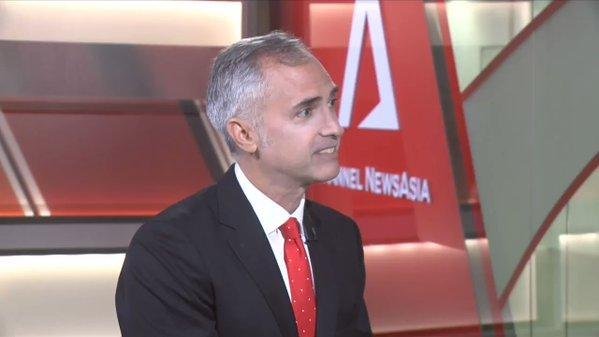 "The TPP is, by far, the best and most strategic trade framework from a business perspective – even without the US government in it – as the high standard elements within it are supportive of US businesses," said Steven Okun, Chairman of the AmCham Singapore TPP Task Force.

SINGAPORE, Aug. 25, 2017 /PRNewswire/ — In October 2009, the American Chamber of Commerce in Singapore (AmCham Singapore) became the first U.S. business association to urge the U.S. government to place the Trans-Pacific Partnership ("TPP") at the top of its trade policy agenda.

While the U.S. withdrew from the TPP in January 2017, AmCham Singapore urges the eleven members of the TPP to reach a successful conclusion to ongoing deliberations and implement this high-standard agreement as soon as possible, ideally at or before the Asia-Pacific Economic Cooperation Leaders’ meeting in Vietnam this coming November.

AmCham Singapore believes the TPP as negotiated provides the foundation for implementing the high standards needed to further economic growth and development in the Asia-Pacific region and represents the future of sustainable international trade. The TPP will simplify trade, support investment, facilitate the internationalization of small and medium enterprises ("SMEs") and instil market confidence.

"As Singapore serves as America’s business headquarters for Asia, we see first-hand many competing frameworks for creating the architecture for trade in the region, such as the Regional Comprehensive Economic Partnership," said Dwight Hutchins, Chairman of AmCham Singapore.

"The TPP is, by far, the best and most strategic trade framework from a business perspective – even without the U.S. government in it – as the high standard elements within it are supportive of U.S. businesses," said Steven Okun, Chairman of the AmCham Singapore TPP Task Force.

Not only does this agreement provide duty-free access to the TPP-11 members for nearly all goods and all manufactured goods, it also dramatically opens-up opportunities for the flow of services and investment sectors. It enhances protections for intellectual property rights, promotes cross-border data flows, ensures fair competition by state-owned enterprises and provides new opportunities for many government procurement contracts. Beyond any other trade agreement, it also includes unprecedented protections for the environment and labor.

Bilateral agreements are an important part of any country’s trade policy; multi-party agreements are equally critical, if not more so. One of the greatest deterrents to exporting, especially by competitive smaller companies, is the complexity of different trade and regulatory rules for every market. Bilateral trade deals are good at opening markets one at a time, but regional trade deals are more effective in enabling exports to multiple markets as they establish a uniform set of rules.

An agreement like the TPP allows companies to better navigate the complexities of trade among the member markets, thereby increasing their ability to scale their operations to reach non-domestic markets. Rules of origin in multi-party agreements also support integrated sourcing critical to the development of global value chains based on the best in the Asia Pacific region.

"Like any trade agreement, the TPP is not perfect from any individual perspective," said Mr. Okun. "Still, a multi-party agreement based on the principles established within the TPP is the type of trade agreement needed in the 21st century. That is why AmCham Singapore supports the TPP-11 coming into effect."

The American Chamber of Commerce in Singapore is the largest foreign business chamber in Singapore and Southeast Asia, representing 700 leading corporations, with over 5,000 members, to provide business critical insights, sustained policy advocacy, and opportunities to connect with businesses and government leaders in the region. American companies’ direct investment in Singapore exceeds an estimated U.S. $229 billion.