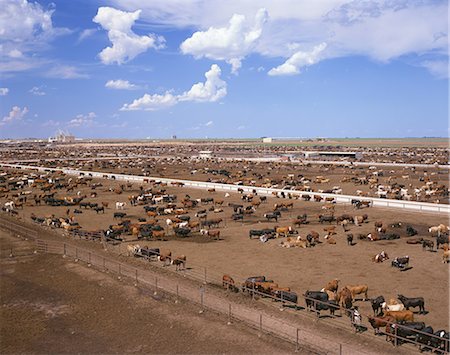 President ’s trade policy may be harmful to the beef industry for years to come, said Kent Bacus, director of international trade at the National Cattlemen’s Beef Association.

“We support the administration in enforcing trade,” he told CNBC on Monday. “We would differ on how some of this has been carried out. We would much prefer the use of trade agreements like the Trans-Pacific Partnership. We’ve seen a lot of benefit from having rules-based, science-based trade from those free trade agreements.”

Trump’s tariffs and China’s retaliatory measures come at time when there is a lot of supply piling up in storage, he said.

“The use of tariffs to try to bring leverage, we need to look at other options,” Bacus said on “.”

“If we don’t see something turn around, this could have negative repercussions for us,” he added.

Last week, Trump told CNBC he is imported to the United States.

Washington has already slapped tariffs on $34 billion of Chinese products. Beijing hit back with .

That caused tariffs on beef to go from 12 percent to 37 percent, said Bacus.

“We’re worried that the repercussions of some of these tariffs is essentially going to squeeze us out of the market,” he said.

The Chinese market for U.S. beef is not a big one. While China began importing U.S. beef last year after at 13-year ban due to concerns over mad cow disease, there are still a lot of restrictions, Bacus said.

The beef industry exports about 15 percent of what it produces, with three of its top five markets being in Asia. It exports things that American don’t typically want to buy – like beef tongues and short ribs, he said.

Meanwhile, meat is reportedly piling up in storage. Federal data are expected to show more than 2.5 billion pounds of beef, pork, poultry and turkey stockpiled in U.S. warehouses, .

The glut is due to an expansion in cow herds, pork production and poultry production, which came in response to strong foreign demand, Bacus said.

“It takes about three years for our cows to come to market. So we were basing our production off of the market signals at the time. So we have a lot of product that’s going to come online,” he said.

“There’s a lot of demand for it but trade policies are kind of getting in the way right now. And we may not have that same access for the next few years.”