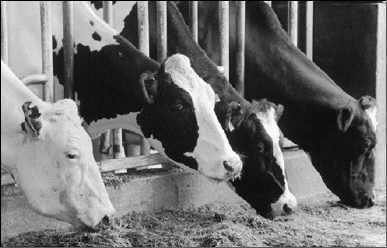 The U.S. trade minister was asked at a public event what sticking points were keeping American negotiators busiest in the final stages of talks toward a Trans Pacific Partnership pact.

He mentioned two countries — Canada being one. Michael Froman appeared to be referring specifically to Canada’s supply-management system, which sets prices for cheese, dairy and poultry and which limits foreign competition.

"I’d say the outfitting issues fall into a couple of different categories. (One is) market access, which is sort of the heart of the trade agreement," Froman, the U.S. trade representative, replied during an Aspen Institute forum in Washington.

"Clearly, we have agricultural issues with Japan and Canada. We’re making good progress with Japan, and hope to engage with Canada soon."

He went on to say that the second overall obstacle is different national rules — related to intellectual-property rights, state-owned enterprises, labour and environmental rules. But he said there had been significant progress on those fronts, and said the main contours of the TPP appeared increasingly "crystallized" at a just-concluded meeting with fellow trade ministers in Australia.

The differences with Japan on market access stem from generations-old industrial traditions. Attempts to dismantle that country’s subsidies for the farm and automobile sectors risk provoking a severe political backlash.

The issue with Canada is partly a question of timing. Canada is apparently holding off on a detailed negotiating position — and waiting for other events to take shape before offering concessions.

Sources in both countries say Canada has been awaiting two developments: A meaningful agreement involving Japan, and for the U.S. Congress to grant the Obama administration fast-track negotiating authority.

"Good... I’m sorry, I consider that a compliment," Gary Doer said in a recent interview. "When people say we’re playing hardball here, I support that."

He said Canada can’t put itself in the position of making a bunch of concessions, then having 535 Washington lawmakers disfigure the deal with a series of amendments.

Under the U.S. Constitution, Congress has authority over international treaties, not the president. However, it has in the past granted the president "trade promotion authority," a fast-track tool where lawmakers agree to a simple vote — yes or no — on a final deal, with no amendments allowed.

Because the Democrats in the Senate are divided on free trade, the chamber’s majority leader has refused to call a vote on allowing the White House to fast-track the deal. Now there’s speculation in Washington that such a move could come after next week’s midterm elections, especially if Republicans gain control of the chamber.

"We believe the president has to seek trade promotion authority," Doer said. "We’re having positive discussions now. But you can’t have a situation where a country like Canada can come to an agreement with 12 countries, including the United States, that they can bring back to (Capitol) Hill and it can be amended."

It wouldn’t be the first time a Canadian trade negotiation only delves into the details of supply management at the 11th hour. In the case of Canada’s recent deal with the European Union, increased quotas for imported cheeses were only hashed out in the final few days of talks.

The supply-management system protects Canadian farmers but, on the downside for consumers at the grocery store, it can limit choices and increase prices. All major Canadian political parties profess to support the system.

In a speech to a Canadian audience Thursday, another U.S. cabinet minister urged greater access to agriculture markets as one of her country’s priorities.

"We are at a critical stage in TPP negotiations," Commerce Secretary Penny Pritzker said in prepared remarks for a speech in Ottawa.

"Now is the time for all parties to work together, to be bold and creative in crafting an ambitious outcome — with high standard provisions in key areas like intellectual property protection, agricultural market access, and labor and environmental standards... This is our opportunity to upgrade that transformational trade pact, (NAFTA). TPP will be the next chapter."

Pritzker is among the four U.S. cabinet secretaries visiting Canada over a six-week span, including Secretary of State John Kerry, who arrived this week and paid his condolences following attacks against Canadian soldiers.