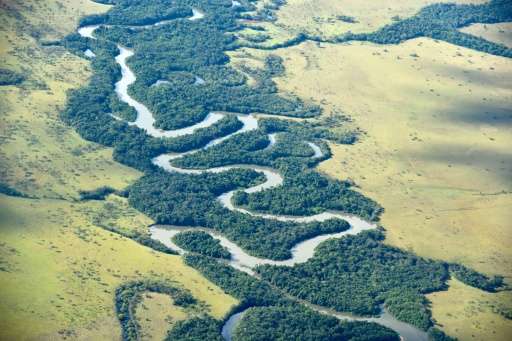 by Benjamin Bathke and Santiago Ortega

A small Canadian mining company has found itself at the centre of a highly charged dispute over its rights to mine for gold in a Colombian nature reserve.

Unable to develop a gold mine inside a natural park in the Colombian Amazon, Cosigo Resources Ltd., a Victoria, B.C.-based mining junior, is suing the Colombian government for US$16.5 billion for allegedly violating the free trade agreement the South American country has with Canada.

According to Cosigo’s Feb. 19 arbitration notice, the company is suing for “wrongful expropriation, made without compensation and based in fraud” on the grounds of a provision in the trade agreement and article 58 of the Constitution of Colombia.

Cosigo’s suit is the latest example of a number of disputes between mining companies and the Colombian government. In March, Swiss-headquartered miner Glencore sued the South American country for revoking parts of its coal mining licence under the 2006 Colombia–Switzerland bilateral investment treaty; and in the same month, Vancouver-based Eco Oro Minerals Corp. announced it may initiate international arbitration based on a breach of the free trade agreement.

But Colombia is hardly the exception. The number of so-called “investor-state dispute settlement” cases based on trade and investment treaties has risen sharply worldwide in the past few years. Across all industries, new arbitrations reached a record in 2015 with 70. In the extractive sector, the dozen new disputes last year mark the highest number since 2011, when 15 arbitrations were initiated, according to the United Nations Conference on Trade and Development (UNCTAD).

For mining concessions in particular, the International Centre for Settlement of Investment Disputes (ICSID) currently lists 24 investment arbitration cases, all but five against governments in Latin America and Africa. ICSID wouldn’t comment on any of them.

Dr. Todd Weiler, an international investment treaty arbitration expert based in London, Ont., said natural resources and mining in particular are by far the largest source of investment disputes.

“It’s a confluence of politicization, potential for corruption, environmentalism and the need to balance patrimony of natural resources with encouraging foreign investors enough to be able to exploit the resources,” Weiler said in an interview.

Cosigo’s lawsuit, filed in Houston and to be conducted under United Nations Commission on International Trade Law rules, stems from a 2015 ruling by a Colombian court that revoked the company’s mineral rights on what today is the Yaigojé-Apaporis Natural Park.

With a long tradition of artisanal mining, the area was declared of national mining interest in the 1980s. Cosigo started to operate in the region in 1989. Fearing the environmental devastation that may come with large-scale gold mining, indigenous leaders started thinking about creating a natural park in 2005.

Two days after the park was created in October 2009, the government granted a mining title inside the park to Andrés Rendle, Cosigo’s COO and legal representative. This could have been the end of the story, but two months after the creation of the park, an indigenous leader from a neighbouring community named Benigno Perilla established legal action against it before Colombia’s highest authority, the Constitutional Court.

Perilla argued since his community wasn’t properly consulted by the authorities, the park violated the community’s constitutional authority over their territories. Had the park been declared illegal, Cosigo could have started exploration.

In January of 2013, magistrates of the Constitutional Court held a hearing in the Amazon rainforest with indigenous communities. Perilla raised eyebrows by acknowledging that Cosigo had provided legal aid and covered expenses to help his community pursue legal action. He explained that they were interested in developing small-scale mining, but had stopped interacting with Cosigo. “Our love affair ended around 10 months ago because we didn’t see good intentions there,” Perilla said, according to the court document.

Following Perilla’s declarations, the Constitutional Court confirmed the legality of the park in September 2015 and called for investigations against Cosigo for illegal interference during the consultation process.

Denying any allegations of bribery, Cosigo, together with its U.S. partner, Tobie Mining & Energy Inc., escalated the issue to the international arena this past February by seeking English-language arbitration in Houston. Texas-based lawyer Kevin W. Boyd, who represents both miners, said “geological experts” put a US$16.5 billion value on the gold deposit, which had cost the companies US$11 million to prepare.

Investment treaty lawyer Weiler said it is not unusual for foreign investors to get caught up in disputes between a host nation’s government and its indigenous people over exploiting natural resources.

Their contentious nature can be especially harmful for junior miners such as Cosigo, which play an important but risky role at the early stage of mineral exploration. They generate projects that are usually developed by large mining companies later on. “Juniors usually don’t have enough money to go where there’s less political risk,” said Weiler, naming their little bidding power and lower regulatory compliance costs in countries like Colombia as the main reasons.

Cosigo’s COO Rendle said in an interview investor interest softened because the miner put all its eggs in the “Colombia basket.” The company’s share price has tumbled from 60 cents a share in early 2011, about 18 months after the creation of the park, to one cent now.

Given the added risk, it might not be surprising that juniors have been the target of criticism in at least 10 countries, mainly over ecological concerns.

But disputes between states and investors can go either way. In November of last year, Ecuador had to pay Occidental Petroleum US$1 billion; in 2013, Exxon Mobil was awarded a US$1.6 billion for assets seized by Venezuela’s government; and in early April, a tribunal upheld Crystallex International’s claim that Venezuela has to pay US$1.38 billion for violating a bilateral treaty with Canada.

For Cosigo, a settlement could be years away, especially in the likely scenario of an international arbitration process.

According to UNCTAD, more than one-third of the almost 700 known treaty-based investor-state arbitration cases initiated since 1987 are pending, with 36.5 per cent of the concluded cases decided in favor of the state.

Neither Global Affairs Canada nor the Colombian Ministry of Commerce would comment on Cosigo’s case.