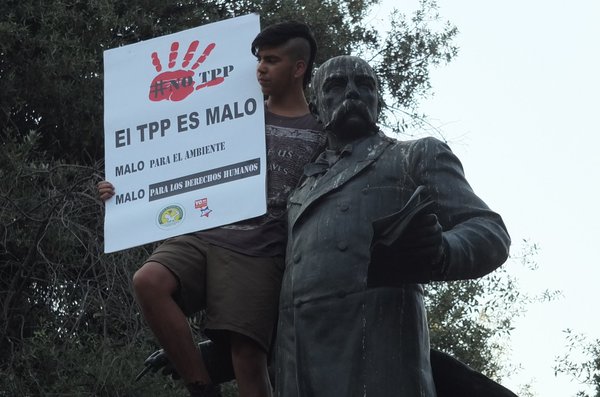 Chile will continue to pursue trade deals even though the Trans-Pacific Partnership (TPP) is off the table after U.S. President Donald Trump withdrew the United States from the pact, Foreign Minister Heraldo Munoz told journalists on Monday.

Munoz said that while another regional trade deal without the United States might be possible, "it wouldn’t be the TPP."

The South American country has invited ministers from other TPP members as well as China and South Korea to a summit in Chile in March to discuss how to proceed, and has received positive responses at a high level, Munoz said.

"The TPP as it was going forward is off the table. That doesn’t mean that Chile is going to change tack. We are going to persist in the opening up of the world ... as we did in the past, with bilateral deals, and regional deals," he said.

Top copper exporter Chile has a small but open economy, with existing free trade deals with all the other TPP members.

Earlier on Monday, Trump fulfilled a campaign promise by formally withdrawing the United States from the TPP, a 12-nation project that had been negotiated by former Democratic President Barack Obama’s administration but never approved by Congress.

Mexico said it would immediately seek bilateral deals with other countries that signed the TPP.