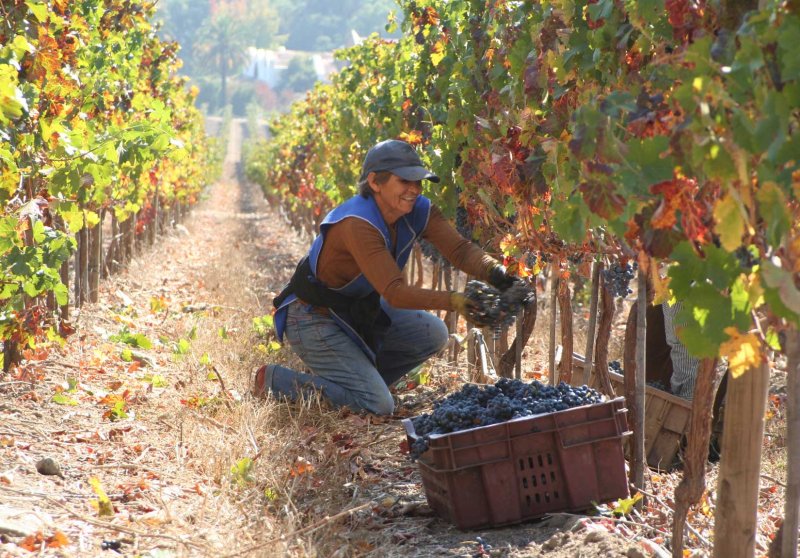 The announcement was made during Chinese President Xi Jinping’s state visit to the Latin American nation.

According to a joint statement issued after Xi’s meeting with his Chilean counterpart Michelle Bachelet, the two heads of state spoke highly of the results achieved over the past ten years since their bilateral FTA went into effect.

The two countries signed their FTA in 2005. Bilateral trade volume has grown fourfold since the FTA went into effect in 2006. China is now Chile’s largest trading partner, its largest export destination and the largest buyer of its copper products.

Currently, Chile is China’s second largest source of wine imports, with bottled wine exports to China up by 46 percent in 2015. The two countries have signed a number of quarantine agreements on cherries, blueberries and avocados.

China has become an important market for Chilean cherries, blueberries, apples, grapes and a variety of seafood such as salmon. Chinese products with good quality and competitive prices are also popular among Chilean consumers. Chinese-made cars have taken up a considerable share of the Chilean auto market.

Wu Baiyi, a research fellow with the Chinese Academy of Social Sciences, said China and Chile enjoy huge potential for cooperation in such areas as medicine, health services, bio-technology and tourism, noting that these sectors are not covered by the current FTA.

Chile wants more investment from China and hopes to have broader access to the vast Chinese market, Wu said.