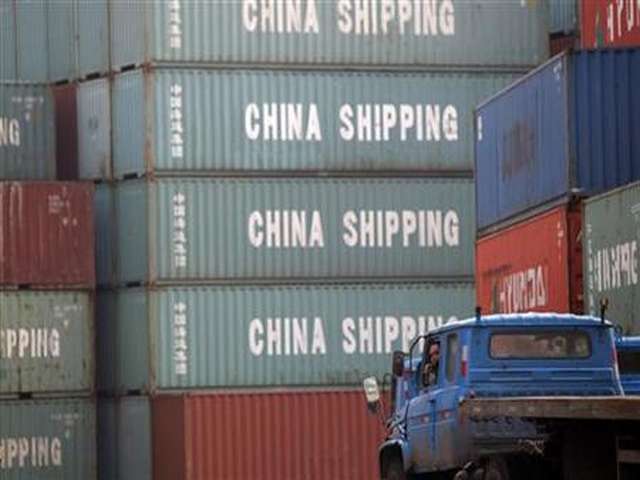 Pacific nations are not keen to enter into a free trade agreement with China, as there is fear of “being swamped by Chinese liberalisation”

China is seeking a free trade agreement between ASEAN and Pacific nations ahead of the APEC summit due in November. But, reports Asia-Pacific Journalism, there are many challenges ahead.

China’s pursuit of free trade within the Asia-Pacific region is shaping up as one of the key issues to be discussed at this year’s APEC summit to be held in Beijing in November.

China’s on-going efforts are to create a free trade area in the Pacific region by 2025.

New Zealand Committee of the Pacific Economic Cooperation Council (NZPECC) board member Robert Scollay says that the establishment of free trade is a very high priority for the Chinese government, alongside the promotion of regional connectivity, including issues such as telecommunications, transport, and people movement.

These issues have been a driving force in the recent PECC conference in early September “partly because they’re on China’s APEC agenda, so the Chinese PECC hosts wanted to support that”, according to Professor Scollay.

Entered into force on October 1, 2008, the agreement “allows for mutually beneficial concessions in the area of trade of goods, services and investment”.

Information sourced from Statistics New Zealand show that in a period of five years between 2009 and March 2014, NZ has increased our export to China by 12.9 percent – or an increase of nearly NZ$9 billion.

Such incentives means people within the industry welcome the proposed free trade agreement proposed by China.

“That would give us the kind of connections we want on trade going beyond our existing partners to pretty much all of the Asia-Pacific economy.”

A Ministry of Foreign Affairs and Trade spokesperson says New Zealand supports APEC’s “aspirational goal” of a Free Trade Area of the Asia-Pacific.

“We support proposals for information sharing on existing free trade and regional trade agreements, capacity building and a study that looks into some of the issues that arise given the diversity of economies in the region.”

“Their trade with Japan is about $350 billion a year, with India it’s about $75 billion, which is a fraction of what it might become,” Lynch says.

“China would stand to gain a considerable amount by liberalising trade.”

A research paper released in 2010 had showed that mutually enriching agreements set up between China and ASEAN “have ensured long-term benefits, which include further cooperation in the areas of political, security, economic and socio-cultural improvement, with the signing of respective MOUs”.

Yet despite these “mutually beneficial” provisions, there seems to be an attitude in the Pacific that a free trade area may not be beneficial to all Pacific nations.

According to University of Auckland associate professor Stephen Hoadley, Pacific nations are not keen to enter into a free trade agreement with China, as there is fear of “being swamped by Chinese liberalisation”.

The mass excesses of Chinese-produced goods may flood the Pacific economies.

Furthermore, if a free trade agreement is implemented, it would mean that revenue from goods tariffs would no longer be available to these countries.

“The goods tariff make up anywhere between 10 to 25 percent of the budget,” Professor Hoadley says.

“It’s money that goes straight into the treasury.”

Some Pacific nations regard a free trade area with China would be ultimately unfavourable to their economies.

Currently there is a Pacific Island Countries Trade Agreement (PICTA) in place, which has been signed by 12 states that only covers the trade of goods and services.

Negotiations to broaden the agreement to temporary movement of people has been going on since 2009.

However, Professor Hoadley believes that China’s interests in advancing free trade, alongside the diplomatic postings and aid intervention in Pacific nations, is overshadowed by a play on world superpower politics.

In the past China has used such measures to primarily outflank the Taiwan government. Recognition for Taiwan’s independence has been used in the past by Pacific nations to gain advantages from China.

However, Professor Scollay believesthis is not currently the case, as both the Taiwanese and Chinese governments have been focused on cooperating economically.

“It has been a big issue in the past,” he says.

“But the focus of the [two] governments I think are much more on the economic interdependence.

“That’s not to mean to say that it won’t become a hot issue again, but at the moment . . . I think the issue is on the backburner for the moment.”

However, China’s continued efforts into setting a free trade area can be seen as a counter attack against the United States’ drive towards the Trans-Pacific Partnership Agreement (TPPA), which does not include China.

If finally adopted, the TPPA is seen to be the largest trade pact in history, with many of its provisions almost specifically designed to exclude China. Restrictions are included on state-owned enterprises, a major part of China’s economy.

Johan Chang is a Postgraduate Diploma in Communication Studies student journalist on the Inclusive Journalism Initiative (IJI) programme at AUT University. He is reporting on the Asia-Pacific Journalism course.