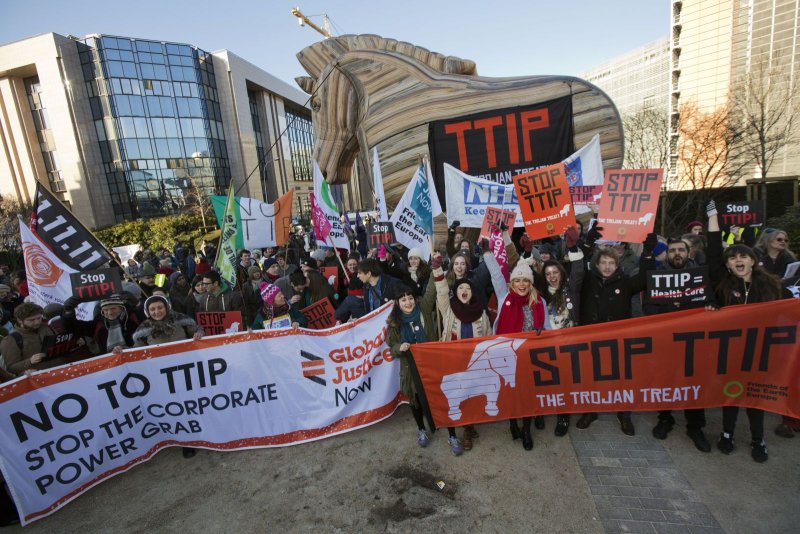 Today, on September 30 2019, Trade Commissioner-designate Phil Hogan will be questioned by members of the European Parliament. On this occasion, European civil society organizations published an open letter to Mr. Hogan and the President of the European Commission, Ursula von der Leyen, regarding the lack of transparency in the ongoing EU-US trade talks on a “TTIP light”.

The signing organizations fear that the Commission is acting beyond its mandate by including the so-called “regulatory cooperation” into its talks with the US-side. This provision in trade agreements allows corporate lobbyists to capture, limit or slow down existing and future regulation to the detriment of democratic decision-making as well as of environmental, labor and consumer standards.

At the moment, however, it is not possible for civil society to make an accurate assessment neither of the negotiation process nor the exact content of the talks. In 2015, then-Commissioner Cecilia Malmström faced public outcry across Europe against the first attempt to negotiate a comprehensive trade agreement with the US, and was forced to make some concessions. As a result, the Trade Commission started publishing reports of the negotiation rounds as well as its own positions for particular chapters. This is no longer the case.

In the light of this evidence, NGOs call on the Trade Commission • to make public all agreements and treaties that the current EU-US trade negotiations are based on; • to exclude from those negotiations all areas that are not included in the Council’s negotiating mandates or threaten existing levels of protection as well as those provisions that circumvent democratic decision making and proper public oversight; • to publish documents which explain the negotiating objectives in a transparent manner, allowing to assess the actual risks those negotiations pose to the public; • to produce an impact assessment of its own proposals for the negotiating mandate.