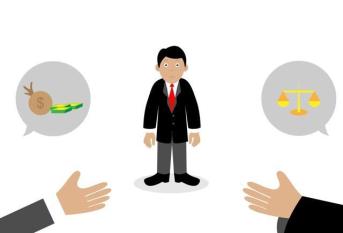 Min. César Guerra Guerrero, Lead Negotiator and Representative of the Ministry of Economy to the European Union; Mexico

Investor-state dispute settlement (ISDS) has been a stumbling block in both the negotiations on a revision of NAFTA and the negotiations for a modernisation of the EU-Mexico Free Trade Agreement with the EU.

The undersigned organisations take the position that it is advisable to break away from this fundamentally flawed and increasingly controversial system, which allows foreign investors to enforce far-reaching protections, at the expense of government policy space, and with grave risks to government budgets. Citizens who are victims of corporate human rights violations or environmental destruction associated with the activities of transnational corporations and investors have no similar recourse to legal redress.

No ISDS and binding obligations for foreign investors

This includes tightening the governance of transnational companies and investors, and tying them to domestic sustainable development goals aimed at inclusive growth, and to objectives to protect the environment and combat climate change. Transnational investors should also be accountable in both home and host states for human rights violations and environmental destruction. It is not enough to continue to rely on voluntary guidelines and codes of conduct: such frameworks must urgently be made actionable and enforceable. In the context of accountability, we advise positive engagement with the current UN process to elaborate a binding treaty on transnational corporations and other business enterprises with respect to human rights.2 In the interest of equitable and inclusive socioeconomic development, we also urge action on tax compliance of transnational corporate actors.

The EU’s Investment Court System is no solution

Specifically, in relation to the EU-Mexico FTA negotiations, we are hearing reports in the press that in the trade talks with the EU Mexico is proving willing to, in principle, include the EU’s Investment Court System (ICS).3

The undersigned civil society organisations from Europe, Mexico and beyond would like to advise you that, while the EU’s ICS may go some way to improve the old investor-state dispute settlement system in terms of process, the proposed reforms still insufficiently guarantee the checks and balances needed in any legal system to ensure the independence and impartiality of the arbitrators. ICS leaves fully intact the one-sidedness of the investment arbitration system, whereby only the foreign investor can initiate a case. This in combination with the fact that arbitrators continue, in part, to be remunerated on a case by case basis, creates a bias for arbitrators to rule in favour of the foreign investor. This inherent bias is not addressed in ICS.

More importantly, ICS leaves fully intact the very broadly phrased substantial clauses which transnational investors can use to bring their multi-million-dollar investment claims. Controversial clauses such as the Fair and Equitable Treatment clause and the clause on Indirect Expropriation continue to be open to very wide interpretation, allowing them to be invoked to challenge almost any kind of government intervention, with major risks to government budgets and to the capacity of States of regulating investments in the benefit of society and to guarantee the respect of human rights, including environmental rights and the right to previous consultation.

ICS will continue to leave Mexico vulnerable to cases similar to the 25 investment cases already brought against it, including by European companies. Europe will face similar risks. In 2016, Portugal was threatened with an ISDS case by a Mexican investor demanding 42 million euros in compensation for the decision of Portugal’s newly elected government to reverse the decision to privatise the city of Lisbon’s public transport system, taken by the outgoing government. This case clearly illustrates how ISDS can impinge on policy space and democratic decision-making processes.

If a decision is made to include enforceable investment protection in the revised EU-Mexico – which, as said, we strongly advise against – profound changes of investment protection and arbitration beyond what ICS is offering is needed. This is confirmed by the United Nations Conference on Trade and Development (UNCTAD), which advises a “comprehensive reorientation of the global IIA regime to balance investor protection with sustainable development considerations”. 4

For the EU-Mexico FTA negotiations, the signatories of this letter urge an approach to investment protection that enshrines not simply the rights, but also, and more importantly, the obligations and accountability of foreign investors. In the context of the FTA, this means binding foreign investors and investments to specific performance requirements in relation to their economic, social and environmental responsibilities and the domestic development objectives of the host country.

This rebalancing of rights and obligations is no longer a theoretical exercise. A growing number of countries is reorienting its policies regarding incoming investors and investments. Several countries, such as Ecuador and South Africa, have decided to abandon ISDS altogether and to solely rely on domestic courts to settle investment disputes. Brazil has never embraced ISDS and includes clauses in its Agreements on Cooperation and Facilitation of Investments to ensure that incoming investments benefit the domestic needs of both the home and the host state. India demands exhaustion of domestic legal remedies before an investment dispute can be taken to international arbitration, and excludes a wide range of domestic policy areas from ISDS altogether. The Economic Community of Western African States (ECOWAS), inter alia, imposes post-establishment human rights obligations on foreign investors, while Southern African Development Community (SADC) requires investors and (proposed) investments to comply with environmental and social assessment screening criteria as well as a human rights impact assessment and lays down minimum standards for human rights, environment and labour that foreign investors must uphold. The recent bilateral investment agreement (BIT) between Nigeria and Morocco unequivocally puts poverty reduction and sustainable development first. This BIT also substantially narrows down customary investment protections, and includes a stipulation that the host state can force investors to fulfill their tax obligations before allowing any capital transfers in relation to their investment.

Elements of these novel approaches should inform the EU-Mexico negotiations on investment protection, in order to ensure the inclusive and sustainable socioeconomic development that should be the primary objective of all trade and investment negotiations.

The signatory networks would recommend excluding ISDS from the proposed agreement, and to have all disputes with foreign investors resolved through national judicial processes and national courts instead of supranational for-profit tribunals.

1 This letter was prepared by Roeline Knottnerus

2 Open-ended intergovernmental working group on transnational corporations and other business enterprises with respect to human rights, at: http://www.ohchr.org/EN/HRBodies/HRC/WGTransCorp/Pages/IGWGOnTNC.aspx