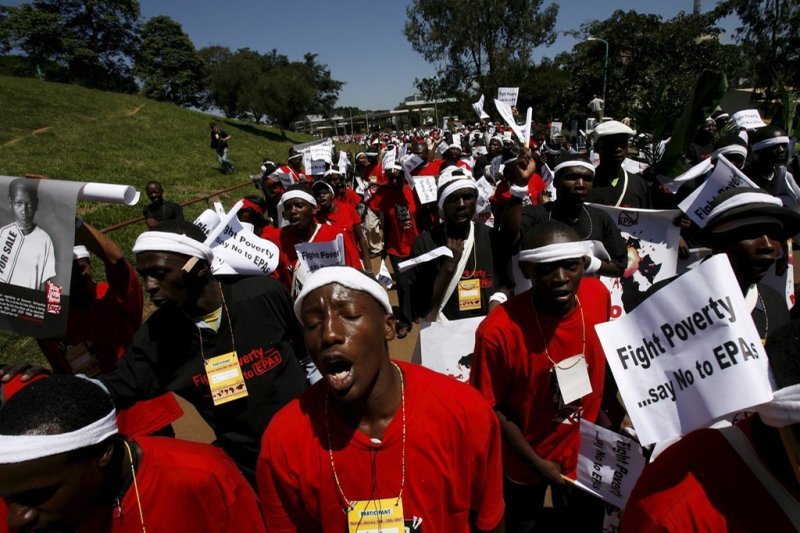 A new report from GRAIN captures voices from different parts of the African continent on the devastating effects of the European Union-driven Economic Partnership Agreements (EPA) on food sovereignty and small-scale farming. EPAs are free trade agreements (FTAs) being negotiated since 2002 between African, Caribbean and Pacific (ACP) countries and the EU.

While marketed as a magic bullet to boost ACP countries’ industrialisation and economic development, EPAs are unfair agreements anchored in a colonial framework. This report looks at the way EPAs will undermine development in the agricultural sector on the African continent.

Though not highly publicised, EPAs have faced continued opposition from farmers’ organisations and civil society across the continent. The country cases presented in this report are illustrative of the way communities have been fighting to regain control over their resources and protect their markets from the flooding of cheap EU processed foods, along with pesticides and genetically modified organisms. Of particular significance is the Kenyan civil society’s opposition to the EPA, leading to a court case that lasted for close to 10 years.

Today, the rising tide of opposition towards neoliberal policies presents an opportunity for social movements to renew our opposition against the EPAs and, by extension, all FTAs.