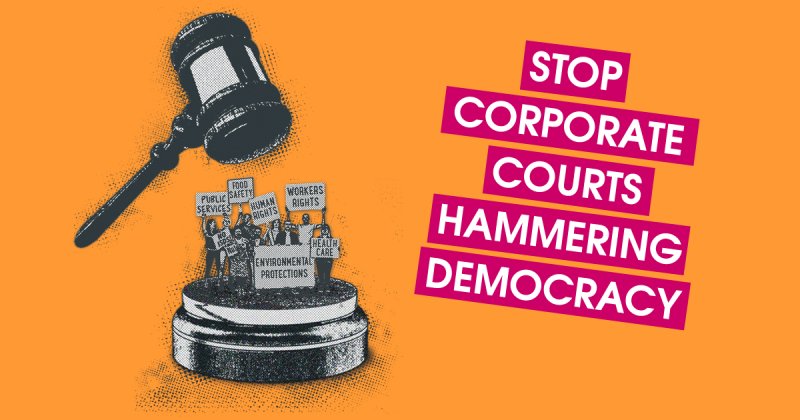 Concern grows over ‘corporate courts’ being set up after Brexit

CONCERN is growing about the prospect of “corporate courts” being set up after Brexit that could see companies sue the government for policies that harm their profits.

The committee said it was alarmed that the government was “unable to set out even basic lines of policy” on how international arbitration will work after Brexit.

The MPs’ concerns come as campaigners uncovered new evidence of the harm caused by corporate courts in other countries.

A gold-mining company in Armenia is holding the small country’s government to ransom with a $2 billion (£1.6bn) legal claim if the pit is shut over environmental concerns.

Lydian, which is registered in Britain and Jersey, is threatening to bring an ISDS claim against the Armenian authorities for failing to remove protesters who are blocking access roads to the site in Amulsar.

Global Justice Now and War on Want argue that the Armenian case is just the latest evidence that such courts are an unacceptable attack on democratic sovereignty.

They are demanding that PM Boris Johnson’s government commits to excluding ISDS from post-Brexit trade deals and removing it from existing British investment deals.

War on Want campaigner Jean Blaylock said : “Corporate courts are fundamentally unjust and should have no place in modern trade and investment policy.

“We believe corporate courts should simply be dropped. Amulsar shows the danger they are already causing around the world.

“Brexit, especially a no-deal Brexit, could easily lead to the UK being sued in its turn.”

“Lydian’s $2 billion lawsuit is designed to push the government to side with foreign investors over human rights and the environment.

“With locals vowing to do all they can to save their water and land, it’s down to those of us in the UK to join them in speaking out against this UK-registered mining firm’s toxic attack on democracy.”

What’s the deal with Cambodia and China’s FTA ?