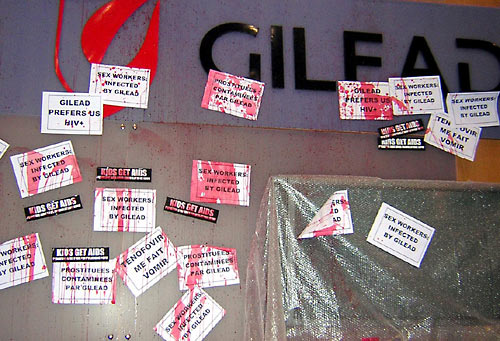 Corporate sovereignty used to bully Ukraine, Colombia and Italy for protecting public health and the environment

Corporate sovereignty provisions in investment treaties have become much better known than they were when Techdirt first wrote about them in 2012. Despite that growing awareness, and widespread outrage at the idea that corporations can request secret supra-national tribunals to make awards of hundreds of millions or even billions of dollars paid from public funds, companies continue to use the system to bully governments into changing their policies. For example, here is the US pharmaceutical company Gilead successfully deploying corporate sovereignty against the Ukrainian government, as originally reported by Investment Arbitration Reporter:

The dispute with Gilead, which Ukraine’s Ministry of Justice had characterized as an $800 million dispute, relates to the drug sofosbuvir (sold by Gilead as Sovaldi). Sovaldi, a highly effective treatment for chronic hepatitis C, has been available in Ukraine — a country reportedly home to over 2 million people infected with hepatitis C — since 2015, but the company has lately been locked in a struggle over the ability of generic companies to market cheaper versions of the drug in Ukraine.

According to details of the settlement released by Ukraine’s Ministries of Justice and Health, the settlement sees Gilead refrain from pursuing its damages claims against the country, and will see the company offer Sovaldi (and a combination therapy called Harvoni) at a reduced price.

Also, following the settlement, a generic competitor of Gilead has seen its own competing drug de-registered by authorities.

By de-registering the generic competitor to Gilead, the Ukrainian government is allowing the US company’s to maintain its monopoly on the drug. In Colombia, the Swiss drug company Novartis also used the threat of a corporate sovereignty lawsuit, in this case to put pressure on the government there to stop it from issuing a compulsory license for a key anti-cancer drug, which would allow low-cost generics to be produced:

Leaked letters (PDF) to the Ministry of Trade and Industry show how Novartis threatened to resort to international investment arbitration for an alleged violation of the Swiss-Colombian bilateral investment treaty (BIT), which was signed by both countries in 2006. This undemocratic procedural mechanism, better known as Investor-State dispute settlement (ISDS), forms part of many trade agreements and allows an investor from one country to bring a case directly against the country in which they have invested before a private international arbitration tribunal, without going through local courts first. This threat has undoubtedly influenced the decision of the Colombian health authorities to stop short of pursuing a compulsory license, focusing only on a price reduction.

It’s not just drug companies that try to use ISDS litigation to force governments to reverse their policies. Here’s an oil and gas exploration company that is unhappy with a decision by the Italian parliament to ban new exploration and production activity within 12 nautical miles of the coast because of concerns for the environment and the high risk of earthquakes:

Rockhopper Exploration is fighting for compensation from Italy after it banned offshore drilling, leaving the company unable to develop one of its oil and gas fields. The Aim-listed explorer said that it had begun international arbitration against the country for "very significant monetary damages" over the loss of future profits from its Ombrina Mare field.

Since Rockhopper is an oil exploration company, it must have carried out detailed studies on the geology of the field before deciding to drill for oil and gas. Either its geologists were negligent in not spotting that there was a risk of earthquakes which made the area unsuitable for exploitation, or the company knew about the dangers, and decided to continue with its plans anyway. In any case, it’s ridiculous that Rockhopper thinks the Italian government owes it money for "lost future profits" that clearly never existed anywhere other than in the company’s fantasies.

This is a general problem with corporate sovereignty claims: they often invoke some mythical "future profits" as if those were indisputable and guaranteed. But business is based on rewarding calculated risk-taking, and that includes the risk that hoped-for profits never materialize. ISDS is an attempt to remove the risk of investment from companies, and place it squarely on the public’s shoulders, without any quid pro quo.