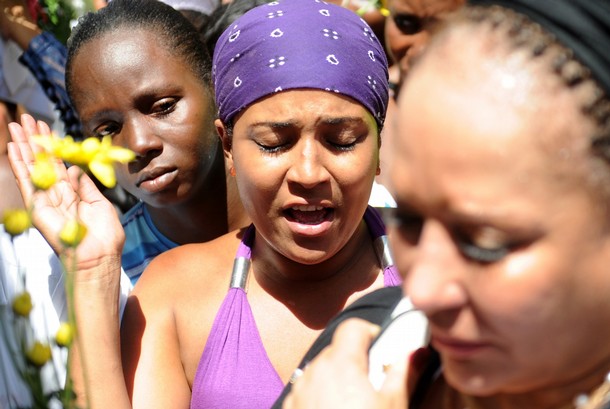 WASHINGTON, Jun 9, 2011 (IPS) — Two days ago, on Jun. 7, Ana Fabricia Cordoba was killed in the Santa Cruz neighbourhood of Medellin, Colombia. A community leader with the women’s organisation Ruta de Pacifica de Mujeres working with displaced workers, Cordoba had been receiving death threats, which she reported to the police and national government.

Her pleas were met with silence and finally with bullets.

According to the White House fact sheet on the FTA — which is slated to be voted on before the August recess — the agreement would immediately slash 70 percent of tariffs on U.S. farm exports to Colombia, as well as phase out a host of other trade barriers, such as the Andean Price Bands, within a five to 15 year timeframe, allowing an unchecked flow of labour, goods and services between the two countries.

Currently, 5.2 of Colombia’s 44 million people — a little over 12 percent of the population — are living as Internally Displaced Persons (IDPs).

In March, Dan Kovalik, senior associate general counsel of the United Steelworkers, reported that over 50 percent of the IDPs were displaced under former Colombian president Alvaro Uribe’s watch, primarily as a result of his U.S.-backed "counterinsurgency programme".

According to a report by the Consultancy on Human Rights and Displacement in Bogota (CODHES) many of the municipalities affected by this programme were in regions where large-scale mining and the cultivation of oil palm was rapidly increasing.

"Labour strife in [these] extractive industries will only get worse after the FTA," Isacson told IPS. "That could come with the use of hired thugs who may or may not have ties to the drug mafia," he added. "There’s also going to be a lot of investment in biofuels and massive African palm plantations."

According to a 2009 expose by The Nation Magazine, over half of the oil plantations in Colombia are owned and controlled by illegal paramilitaries. By incentivising continued investment in these crops, the FTA will not only enable but also encourage the massive corporate land-grabs that have resulted in the refugee crisis.

"Already over 12 million acres of land have been stolen from the Colombian people," Isacson told IPS. "A lot of that land could end up being used for export crops and I’m not convinced that there are any sufficient safeguards there," he concluded.

While U.S. exporters and multinationals are lobbying hard for the administration to sign and seal the deal, labour organisers and advocates have red-flagged Colombia’s bloody track record of violence and impunity in order to hinder its passage.

"U.S. organised labour has raised a stink about the murder of unionists in opposition to the [FTA] but the real story of labour organising in Colombia is a positive one," Dan Griswold, director of the Herbert A. Stiefel Center for Trade Policy Studies (CTPS) at the Cato Institute, said at a panel discussion in Washington Wednesday.

Referencing several studies by the CTPS on murder rates in Colombia, which calculate the homicide rate for the overall population to be six times higher than for union members, Griswold concluded that fears of rights violations and extra-judicial killings of union leaders should be chalked up to the general violence in the country and not used as an excuse to halt the FTA.

"Colombia contains 45 million upwardly mobile consumers of U.S. products, making them the third largest consumer of U.S. exports," Griswold said. "The economic advantages to zero-tariffs are indisputable and will result in a win-win situation for both sides." 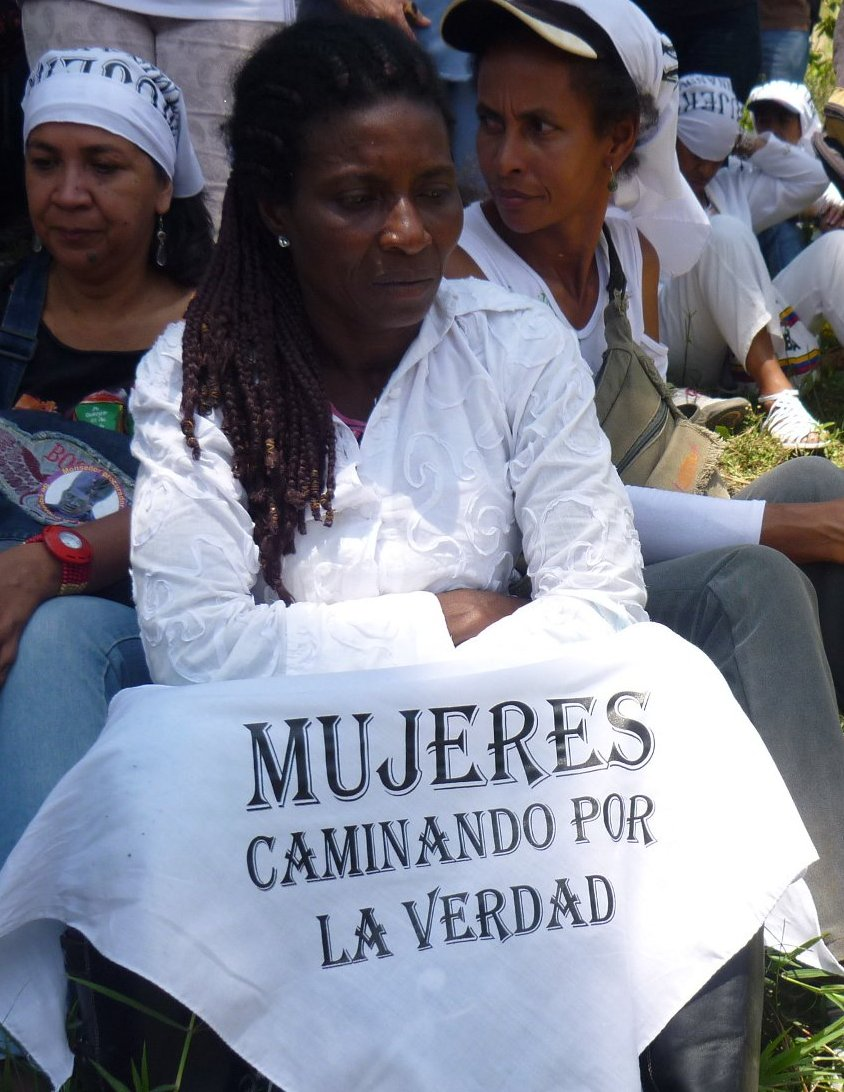 Counted a different way — from the perspective of millions of displaced labourers, families of murdered labour organisers, defenders of trade unions and proponents of agricultural workers’ rights — the situation is akin to a slowly unfolding nightmare.

On Wednesday, the Brussels-based International Trade Union Confederation (ITUC) released its annual survey of violations of trade union rights, which singled out Colombia as the most dangerous place in the world for trade unionists.

The report documented 49 union member deaths in Colombia in 2010 alone, bringing the total number of slain unionists since 1986 to nearly 3,000. In fact, more than half the assassinated union organisers between 2005 and 2009 were Colombian.

"The rules in the FTA exist to strengthen protections for investors, to tilt the field towards business interests and away from workers," Karen Hansen-Kuhn, international programme director of the Institute for Agriculture and Trade Policy (IATP), told IPS. "So there is every reason to believe that labour conditions will not improve after its implementation."

Manuela Chavez, the human rights officer for the Human and Trade Unions Rights Department at the ITUC, believes that the FTA will pave the way for multinational corporations (MNCs), whose quest for quick profits in the region is often coupled with scant regard for labour rights.

"Not only are [MNCs] killing trade unionists, they are also killing trade unions themselves," Chavez told IPS. "There is no more collective bargaining power and the rates of association in Colombia are terribly low — somewhere between five and seven percent. Allowing the FTA will be like giving the Colombian government an award for doing nothing for its workers."

To mute domestic outcry, Deputy U.S. Trade Representative Miriam Sapiro and Colombiian Ambassador Gabriel Silva presented a Labor Action Plan on Apr. 7, which has been blasted by organisations such as the AFL-CIO and the U.S. Education in the Americas Project (USLEAP) for falling "far short" of the impetus required to compel Santos to comply with international labour law.

An Apr. 13 USLEAP statement claimed, "the Plan does not require an actual reduction in violence against trade unionists or advances on impunity… does not address… human rights violations, militarization, impact on agriculture, internal displacement or the rights of Afro-Colombians, and provides no way to ensure compliance once the Colombia FTA is implemented."

"There is a historical pattern here that is quite disturbing," Adam Isacson, senior associate for regional security policy at the Washington Office on Latin America, told IPS.

"The year before the U.S.-Dominican Republic-Central America Free Trade Agreement (CAFTA), union member killings dropped precipitously. The year after it was ratified we saw a sharp increases in killings of unionists especially in Guatemala and Honduras."

"Colombia still hasn’t managed to investigate, try or punish even the most recent union killings — there is neither the political will nor the judicial capacity to ever get the trigger pullers, much less the actual people behind the killings, behind bars," he added.

Afro-Colombians could be "hardest-hit" by FTA

Afro-Colombians form the bulk of IDPs and are vulnerable to increased displacement and violence following the possible implementation of the FTA. Of a population of 10 million, 1.5 million Afro-Colombians are displaced.

"Unfortunately, minorities are most hard hit because their cultural tradition and economic practice has been to preserve the environment. This positive attribute has made them the guardians of some of the most resource rich lands, which is why their collective territories are so coveted by multinationals," Gimena Sanchez, senior associate for the Andes at WOLA, told IPS.

"There are no protections for these groups. Thirty-four of 100 indigenous groups are at risk of becoming physically and culturally extinct. This is [mainly] linked to conflict over their lands for natural resources and development projects," she added.

"If we don’t act now, some of the damage may never be reversed. Colombia stands to lose not only its incredible diversity but is also in a situation whereby Afro-Colombians and rural farmers are forming an impoverished class living in shantytowns scrambling to survive or begging due to displacement," Sanchez said.

"One of the root causes of Colombia’s conflict is its inequality and the FTA will [exacerbate] that… Experience in the past 50 years in Colombia has disproved the theory that large-scale economic projects are beneficial to all and that the money will trickle down in the form of jobs and markets. A small number benefit and the majority are being exploited by it," she concluded.

The fact that paramilitaries, government security forces and corporate interests are closely linked in Colombian society only compounds the crisis further.

Michael Evans, director of the Colombia Documentation Project at the National Security Archive — who recently exposed Chiquita Brands International for making millions of dollars worth of "security" payments to illegal armed groups in Colombia — told IPS that opponents of the FTA in the U.S. are seriously questioning the wisdom of a deal that nurtures economic ties with a country where "much of the economy remains in the hands of violent criminal gangs with a history of ties to Colombian politicians and security force members."

"Today, dozens of Colombian politicians, military officers and intelligence officials stand accused or have been convicted of collaboration with paramilitary forces responsible for thousands of killings, many of them unionists and left-leaning politicians," he added.

"In many cases, victims of paramilitary violence have waited more than 10 years for justice. We’re now only beginning to understand how these illegal networks operated — the Chiquita Papers show us that strengthened commercial ties do not necessarily translate into greater respect for human rights or the rule of law."