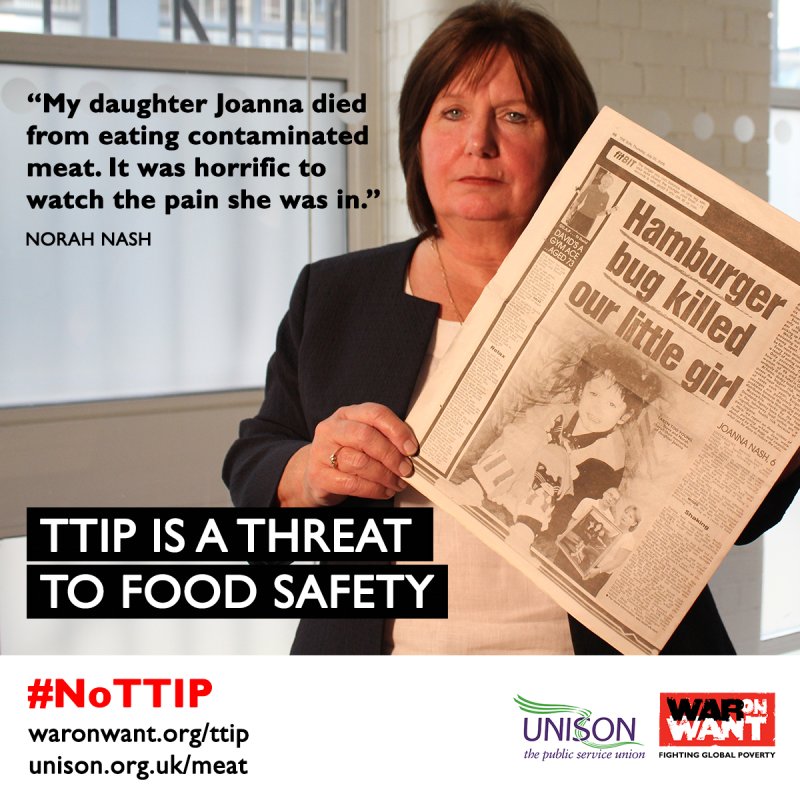 Death on a plate: TTIP, meat inspections and your food

Our new film, produced with UNISON, lays bare the grave threat a new trade deal poses to the food we eat.

’Death on a plate: TTIP, meat inspections and your food’ features the testimony of a mother whose daughter died from eating contaminated meat and comments by a government meat inspector and others in the food industry.

The Transatlantic Trade and Investment Partnership, or TTIP, is currently being negotiated by the EU and the US. As part of the trade deal, the EU wants to end port inspections of imported meat products – even when lives are threatened by new outbreaks of BSE, e-coli, salmonella, and other fatal diseases.

At the same time, the EU is planning to put an end to independent meat inspections in Britain and other European countries, despite fears this will lead to new outbreaks of food poisoning and thousands of food-related deaths.