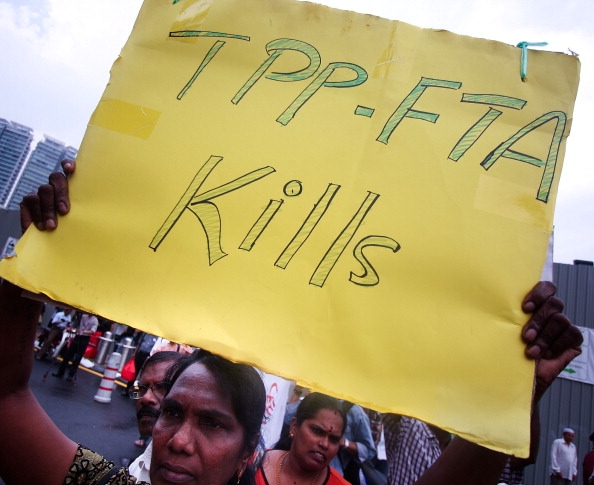 The seven decades since the end of World War II were an era of trade agreements. The world’s major economies were in a perpetual state of trade negotiations, concluding two major global multilateral deals: the General Agreement on Tariffs and Trade (GATT) and the treaty establishing the World Trade Organization (WTO). In addition, more than 500 trade agreements were signed—the vast majority of them since the WTO replaced the GATT in 1995.

The populist revolts of 2016 will almost certainly put an end to this hectic deal-making. While developing countries may pursue smaller trade agreements, the two major deals on the table, the Trans-Pacific Partnership and the Transatlantic Trade and Investment Partnership, are as good as dead after the election of Donald Trump as US president.

We should not mourn their passing. What purpose do trade agreements really serve? The answer would seem obvious: Countries negotiate trade agreements to achieve freer trade. But the reality is complex. It’s not just that today’s trade agreements extend to other policy areas, such as health and safety regulations, patents and copyrights, capital-account regulations, and investor rights. It’s also unclear whether they have much to do with free trade.

The standard economic case for trade is a domestic one. Trade liberalization enlarges the size of the economic pie at home. Trade is good for us, and we should remove impediments to it for our own sake—not to help other countries. So open trade requires no cosmopolitanism; it just needs the necessary domestic adjustments to ensure that all (or at least politically powerful) groups can partake in the benefits.

For economies that are small in world markets, the story ends here. They have no need for trade agreements, because free trade is in their best interest to begin with (and they have no bargaining leverage over larger countries).

Economists see a case for trade agreements for large countries because these countries can manipulate their terms of trade—the world prices of the goods they export and import. For example, by imposing an import tariff on, say, steel, the US can reduce the prices at which Chinese producers sell their products. Or, by taxing aircraft exports, the US can raise the prices that foreigners have to pay. A trade agreement that prohibits such beggar-thy-neighbour policies can be useful to all countries, because, in its absence, they could all end up collectively worse off.

But it is difficult to square this rationale with what happens under actual trade agreements. Even though the US does impose import duties on Chinese steel, the motive hardly seems to be to lower the world price of steel. Left to its own devices, the US would much rather subsidize Boeing’s exports than tax them. Indeed, WTO rules prohibit export subsidies—which, economically speaking, are enrich-thy-neighbour policies—while placing no direct restraints on export taxes.

So economics doesn’t take us too far in understanding trade agreements. Politics seems a more promising avenue: US trade policies in steel and aircraft are better explained by policymakers’ desire to help those specific industries—which have a powerful lobbying presence in Washington, DC—than by their economic consequences.

Trade agreements, their proponents argue, can help rein in such wasteful policies by making it harder for governments to dispense special favours to politically connected industries. But this argument has a blind spot. If trade policies are largely shaped by political lobbying, wouldn’t international trade negotiations similarly be at the mercy of those same lobbies? And can trade rules written by a combination of domestic and foreign lobbies, rather than by domestic lobbies alone, guarantee a better outcome?

When trade agreements were largely about import tariffs, negotiated exchange of market access generally produced lower import barriers—an example of the benefits of lobbies acting as counterweights to one another. But there are plenty of examples of international collusion among special interests as well. The WTO’s prohibition on export subsidies has no real economic rationale. The rules on anti-dumping are similarly protectionist in intent.

Such perverse cases have proliferated more recently. Newer trade agreements incorporate rules on “intellectual property”, capital flows, and investment protections that are mainly designed to generate and preserve profits for financial institutions and multinational enterprises at the expense of other legitimate policy goals. These rules provide special protections to foreign investors that often come into conflict with public health or environmental regulations. They make it harder for developing countries to access technology, manage volatile capital flows, and diversify their economies through industrial policies.

Trade policies driven by domestic political lobbying and special interests are beggar-thyself policies. They may have beggar-thy-neighbour consequences, but that is not their motive. They reflect power asymmetries and political failures within societies. International trade agreements can contribute only in limited ways to remedying such domestic political failures, and sometimes they aggravate those failures. Addressing beggar-thyself policies requires improving domestic governance, not establishing international rules.

If we manage our own economies well, new trade agreements will be largely redundant.