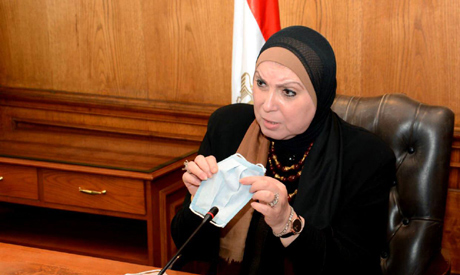 A full customs exemption on 600 Egyptian-produced items exported to MERCOSUR countries is set to be enforced from 1 September, according to Minister of Trade and Industry Nevine Gamea.

The exemption comes as part of the free trade agreement signed between Egypt and those countries, which include Brazil, Argentina, Uruguay, and Paraguay. Gamea noted that the most important items that can be found on List B of the agreement include cement, citrus fruits, mineral oils, and natural gas.

The minister said that the MERCOSUR agreement supports the Egyptian state’s current trend towards increasing exports to various international markets, and opening new markets for Egyptian products. She noted that her ministry is keen to benefit from MERCOSUR member state markets, and aims to use the agreement as a hub for Egyptian exports entering South America.

Ahmed Maghawry, Head of the Commercial Representation Authority, said that Egyptian exports to MERCOSUR countries had achieved a significant increase since the agreement’s introduction.

Egypt signed a free trade agreement with the MERCOSUR countries of Brazil, Argentina, Uruguay, and Paraguay in 2010, coming into force from 1 September 2017. The agreement provides for a gradual exemption over several years. It is set to eventually lead to a complete customs duties exemption imposed on 90% of the goods exchanged between the two parties, according to several lists attached to the agreement.