Under George Bush’s administration, in 2003, the US Trade Representative is said to have ’punished’ Egypt by suspending all overtures towards an FTA when Egypt withdrew its support for a US dispute against the European Union on trade in genetically modified crops at the WTO. This lasted until late 2004, when the overtures started picking up again. However, the US froze FTA talks after allegations of fraud and corruption surrounding Egypt’s December 2005 elections and they have not restarted since.

In the meantime, the US brokered a deal between Egypt and Israel to set up a ’qualifying industrial zone’ between the two countries, which angered both Egyptians and Arab neighbours. In 2009, under Obama’s administration, US and Egyptian trade officials signed a Plan for a Strategic Partnership which pledged to follow “a program of intensified U.S.-Egyptian cooperation on economic, trade, and investment issues”. But there have been no substantive moves towards negotiating a bilateral FTA between the two countries.

The European Union has had a preferential trade agreement with Egypt since 2001, which it hopes to upgrade in the process of achieving a fullblown EU-Mediterranean FTA.

Egypt signed a bilateral FTA with Turkey in December 2005, and another with EFTA in 2007. In 2010 it signed an FTA with Mercosur. Regionally, it is party to the Agadir Agreement, GAFTA and COMESA. Cairo is currently negotiating or considering FTAs with Russia, India and Indonesia.

FEDCOC launches initiative to develop Egyptian-Russian economic relations
23-Mar-2021 Daily News Egypt
President of the Federation of Egyptian Chambers of Commerce (FEDCOC) and head of the Federation of African Chambers of Trade, Industry and Agriculture, has launched an initiative to develop Egyptian-Russian economic relations.
Egyptian-Turkish trade agreement comes under fire
10-Feb-2021 Al-Monitor
A member of the Egyptian parliament called for the need to reconsider the free trade agreement between Egypt and Turkey signed 15 years ago, claiming that it harms Egyptian interests and favors Turkish exporters. 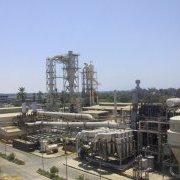 Egypt, Ethiopia negotiate FTA procedures between 2 countries
11-Jun-2015 MENAFN
Egypt negotiated with Ethiopia on Wednesday over procedures to establish a Free Trade Area in Ethiopia, according to head of the Industrial Development Authority Ismail Gaber.
Egypt to add more jobs, trade agreements in 2015
26-Dec-2014 APA
The Egyptian government expects to begin negotiations for free trade agreements with the Eurasian Economic Union, as well as with African economic blocs such as COMESA, SADEC and EALA, and to sign a deal with MERCOSUR in Latin America. 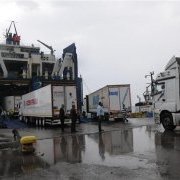