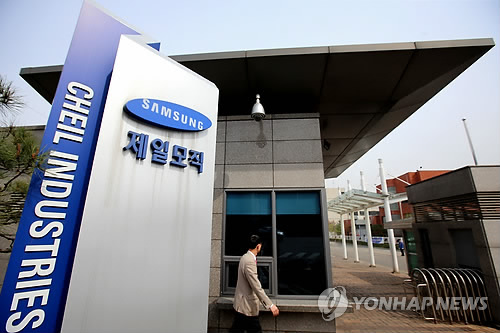 Elliott Associates is demanding more than $670 million in compensation from the government for losses and damages it claims to have suffered regarding the merger of Samsung C&T and Cheil Industries in 2015.

According to a notice of intent revealed by the Ministry of Justice, Friday, the U.S. activist fund said it "seeks compensation for the loss and damage suffered in relation to its investment in Samsung C&T in an amount to be quantified, and currently estimated to be not less than $670 million, as well as interest, costs and other such relief as a tribunal deems appropriate."

The letter, sent to the ministry last month, is a procedure prior to filing of an actual investor-state dispute settlement (ISDS) with the International Centre for Settlement of Investment Disputes (ICSID) for arbitration.

A government that receives a notice of intent will decide whether to proceed with talks with the sender about the details, such as how much compensation the sender wants, and whether to take the case to the ICSID.

In the letter, Eliott claimed that "measures adopted or maintained by the Korean government in breach of the Korea-U.S. free trade agreement (KORUS FTA) which resulted in the merger causing loss and damage" to it, specifying Korea breached its obligations stated in Article 11 of the KORUS FTA.

During the merger, Elliott, the third-largest shareholder in Samsung C&T, expressed its opposition, asking Samsung management to raise the stock swap ratio because it was unfair to shareholders.

The hedge fund even filed an injunction request to a domestic court to block the deal, but saw the request turned down and the merger took place as Samsung wanted, thanks to the agreement of Samsung C&T’s largest shareholder, the NPS.

"Only later was the truth revealed, that the NPS vote had been the fulcrum of a broader political scandal in Korea. Domestic criminal proceedings have since brought to light that a number of measures, motivated by corruption, favoritism to the influential Lee family (Samsung Group owners) and the Group it controls and prejudice against Elliott as a foreign investor, were taken by and on behalf of government officials," the letter read.

Though it elaborated about the cause of their intent to go to the ICSID, Elliott did not reveal which part of the merger caused its losses and how it calculated the amount.

Since receiving the letter, the government has set up a team comprised of officials from related ministries but it is yet to confirm whether it will proceed with talks with Elliott for an amicable resolution during a 90-day "grace period." The fund can exercise its right to submit its claims to the ICSID after the period as is stated in the KORUS FTA.

A government official said the team is currently looking into how Elliott came up with the amount, but refused to comment further.