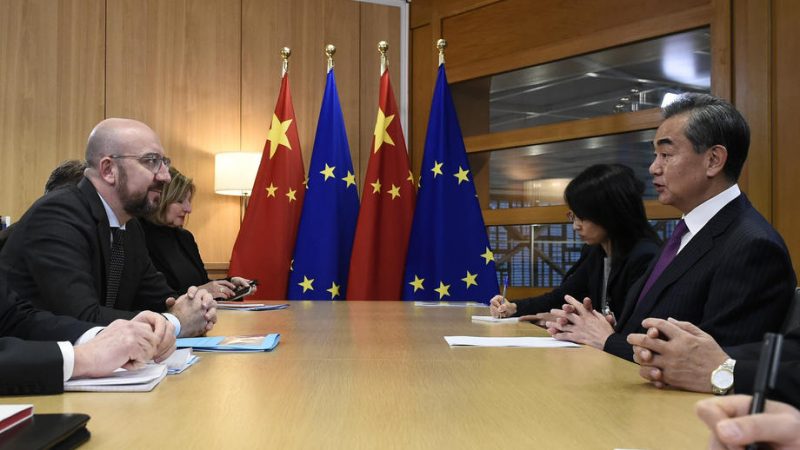 The European Union’s top trade diplomat in Beijing hinted on Wednesday that the bloc might not sign off an investment agreement with China by the December deadline without key demands on market access and state subsidies being met.

“For the EU, we are committed to the end of the year 2020 deadline to conclude the EU-China investment negotiation, but only if China commits to a level of ambition in substance for an agreement that is worth having,” Ulrich Weigl, head of trade section of the EU delegation to China, said in a web conference organised by the European People’s Party, the biggest group in the European Parliament.

“It is essential in these dynamics to see more ambition from China on market access,” Weigl said, referring to a long-standing complaint from Western companies trying to gain a foothold in China.

“This is about rebalancing the existing asymmetry in all levels of market openness, and that goes back to the fact that the EU market already is quite open to China, and China needs to make much more effort to show more ambition to liberalise on its side.’

Secondly, he said, “we need ambitious commitment on state-owned enterprises (SOEs) and on transparency on subsidies – again, effectively level the playing field and the conditions under which our companies, exports and investors [who] compete against these companies in China hope to succeed.”

The World Economic Forum has said that SOEs account for 85 per cent of all Chinese corporations listed on the Fortune Global 500.

The third element for the EU, Weigl said, is a “strong commitment on sustainable development” from China that covers labour, environment and climate change.

The scheduled March trip to China by European Commission President Ursula von der Leyen and European Council President Charles Michel was postponed because of the coronavirus pandemic and has been rescheduled for June.

“2020 can still be a very significant year for EU China relations, if China walks the talk,” Weigl said. “Fundamentally China will continue being what it is, all at the same time – a partner, a competitor and a systemic rival.”

“For EU-China relations, the important issues [are] about what choices China will make in the process and how we can … engage and where we need to push to assert ourselves at the same time,” he added.

He described the negotiations on the investment agreement as “intense”, with two more rounds of talks scheduled for this month and next.

The EU could also “support” certain aspects of the mix of fiscal measures and policy choices that China will make to revive the economy after the pandemic eases, Weigl said.

He also called on European policymakers to pay attention to whether China’s post-coronavirus measures could work to the advantage of European companies.

China is expected to spend enormous sums on new infrastructure and new technologies, he said, adding: “In the recovery context, looking at our interest in that dynamic, fair market access in the opportunities that may emerge is certainly key, and our engagement with China would be very important so that we don’t miss out any opportunities that may be there.”

Besides, Europe is also concerned whether it would be adversely affected by China’s trade deal with the US, such as the agriculture sector.

“We are certainly not sitting at the table to be able to say how robust it is or what current dynamics there are, but we see the outcome of the deal and also the implementation done by China,” Weigl said.

“We are very keen to make sure that what is being done is not done to the disadvantage of European companies and member states competing in those sectors.”