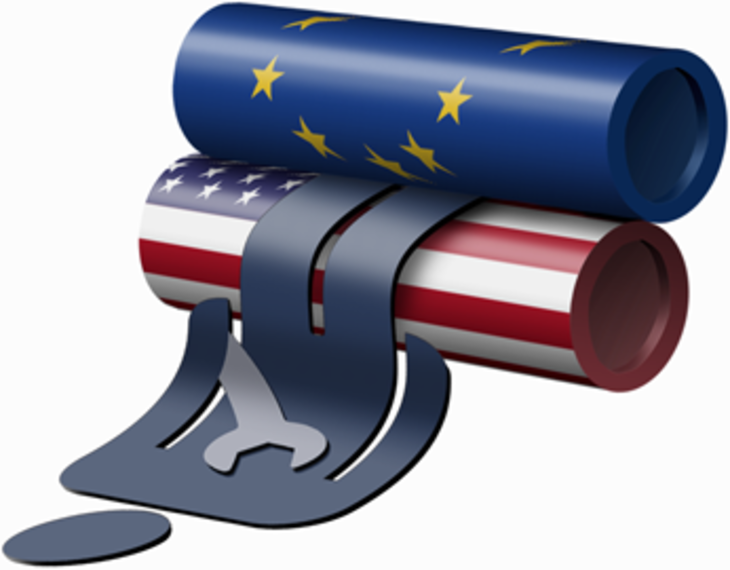 The European Commission’s new "Better Regulation Agenda" partially addresses U.S. demands in trans-Atlantic free trade talks for more transparency and opportunities for stakeholders to influence the crafting of EU rules, but falls short of fulfilling the U.S. desire for the commission to publish all types of draft legislation prior to formally proposing it.

The agenda, unveiled on May 19 by Commission First Vice-President Frans Timmermans, includes several steps aimed at providing more opportunity for the public to provide input both on primary legislation that the commission submits to the European Parliament and the EU Council, as well as secondary legislation used to implement technical elements of EU laws once they are adopted by those two institutions.

But with regard to EU primary legislation, which comes in the form of regulations or directives, the agenda gives no hint of a willingness to publish drafts for public comment prior to proposals being adopted by the College of Commissioners. Instead, it indicates the EU will largely keep the status quo by first publishing a "road map" and an early impact assessment of forthcoming legislative proposals, inviting public comment for 12 weeks, then making its actual proposal to the European Parliament and EU Council afterward.

According to an EU official, the European Commission has published such documents in the past and sought public comment, but not on a consistent basis.

By contrast, other parts of the agenda do show the commission breaking with past practice in key ways. First, after primary legislation is proposed, national parliaments will have a chance to weigh in, and thereafter stakeholders and ordinary citizens will have a chance to provide feedback within eight weeks.

In order to "feed these views into the legislative debate," the commission will collect them and present them to the European Parliament and EU Council. This is a new process, but it is not clear whether the council and parliament would have any obligation to review the comments.

In addition, the commission will publish and seek comment on drafts of secondary legislation, known in EU parlance as "delegated acts" and "implementing acts," and commonly referred to as regulations in the U.S. The commission will accept public comments on these acts concurrent with consultations with other EU institutions over a four-week period after publication.

These delegated and implementing acts are typically proposed by the commission and then voted on by special committees of member state experts. One example is the approval of substances for use in EU food processing.

This notice-and-comment requirement for secondary legislation goes halfway to meet the demands of the U.S. government and business groups in the Transatlantic Trade and Investment Partnership (TTIP), though sources say commission officials have stressed that this initiative is being pursued separate from the trade talks.

But that seems unlikely to satisfy the U.S., at least at this stage in the negotiations. EU sources this week said that U.S. trade officials have expressed an almost "religious" conviction that the EU must apply notice-and-comment procedures to draft primary legislation as well as secondary legislation.

A U.S. business source, however, indicated this week that the consistent pushback from the EU on this point means that an outcome is ultimately unlikely to be achieved and that the changes envisaged in the Better Regulation Agenda are likely as far as Brussels will go.

EU officials have repeatedly underscored that the particularities of the EU framework make adopting a U.S.-style notice-and-comment procedure for all legislation untenable. This is in part because it would erode the special access that member state governments and the parliament have in developing primary legislation, they argue.

The U.S. Chamber of Commerce, which has pushed hard to impose U.S.-style "notice-and-comment" obligations on the EU’s legislative procedure, this week called the Better Regulation Agenda a "welcome step," but still criticized it for failing to allow public comment on draft versions of EU primary legislation.

"Since the devil is often in the detail, this scrutiny [of proposed primary legislation] may well uncover significant adverse effects, a (potentially embarrassing) outcome that could easily be avoided by seeking comments on draft language earlier in the process," the group said in an issued brief published July 7.

"But in any event, comments should be published and incorporated, and the Commission should indicate it will retract and amend, or even withdraw, a proposal if comments highlight important flaws," it added. The brief was authored by Peter Chase, the Chamber’s Brussels-based vice president for Europe, and Adam Schlosser, director of global regulatory cooperation.

The Chamber paper also criticized the four-week comment period for delegated and implementing acts as too short. The paper also said it was "disturbing" that a commission document outlining the Better Regulation Agenda indicated that acts would be exempted from the notice-and-comment requirement if another EU agency such as the European Food Safety Authority has already undertaken an extensive consultation on the matter.

Delegated acts are when the commission has been "delegated" through legislation with adopting usually technical parts of the law. Implementing acts are similar, but prescribe how certain aspects of a law must be implemented by EU member states.

Besides coming under fire from the Chamber, the Better Regulation Agenda has also drawn wariness from EU civil society groups for very different reasons. They see it as holding the potential to weaken regulatory safeguards.

A day ahead of the agenda’s release, a coalition consisting of roughly 50 organizations like the European Trade Union Confederation, The European Consumer Organization (BEUC) and Friends of the Earth Europe formed what they called the "Better Regulation Watchdog."

In a May 18 joint statement, the coalition expressed fear the agenda "aims to weaken or undermine essential regulations and subordinate the public good to corporate interests." They said the new watchdog alliance would examine actions taken under the Better Regulation initiative "to identify possible risks to existing and future social, labor, environmental, consumer, financial regulation and public health standards."

The new notice-and-comment procedures for both primary and secondary legislation took effect July 1. Other aspects of the Better Regulation Agenda, which cover how the commission and other institutions lay out their legislative priorities and review projected impacts of legislation, will be subject to negotiation. The EU official said the commission hopes to wrap up those talks by the end of 2015.

The inception of the Better Regulation Agenda dates back to 2002 under the leadership of then-Commission President Romano Prodi and was taken up by his successor, Jose Manuel Barroso. The new Timmermans’ proposal thus represents the latest iteration of an initiative that aims broadly to reduce red tape for EU businesses and make regulation more rational and effective.