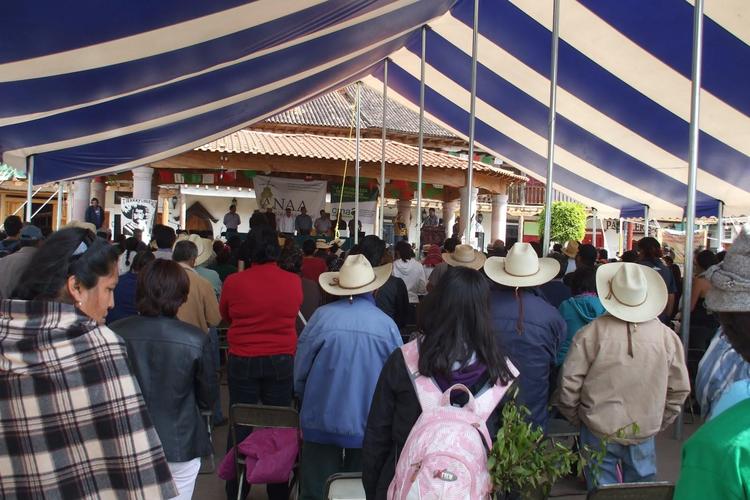 European civil society organizations that participated in a Caravan on the social and environmental impacts of transnational corporations and free trade in Mexico express deep concern about the closing of the renewed trade agreement between the European Union and Mexico, and demand a radical change in European trade and investment policy.

This week, on 28 April, the conclusion of negotiations for a new trade agreement between the European Union (EU) and Mexico was announced[i]. The agreement is an update of the treaty signed in 2000 and aims to extend it to sectors such as finance, e-commerce and agriculture. It would be the first free trade agreement signed between the European Union and a Latin American country to include a chapter on investment protection. This implies granting transnational companies the exclusive right to challenge the democratic decisions of States, for example by challenging legislation of public interest[ii]. The Latin American country already pays a high price in this area: it is among the six most sued by foreign investors in the world before international courts through the ISDS mechanism[iii]. The agreement places Mexico in a position of risk of being the object of a new wave of lawsuits by European investors.

The impacts of free trade and investment protection agreements have generated devastating consequences in Mexico. Summoned in December 2019 by the National Assembly of People Affected by the Environment (ANAA for its Spanish acronym), scientists and activists from various European and Latin American social organizations, as well as representatives from the European Parliament, the Parliament of the Basque Country and the Senate of Minnesota, toured six industrial corridors in Mexico, with a large presence of European companies. The main objective was to make visible the social, labour and environmental impacts of transnational companies in the “industrial paradises“, developed thanks to free trade agreements such as NAFTA, its updated version, UMSCA, as well as the EU-Mexico Free Trade Agreement.

In the six regions, international observers observed an alarming situation of environmental and health emergencies. There was evidence of systematic air, water and soil pollution; destruction of rivers, lakes, forests and farmland; uncontrolled urbanization processes and the proliferation of highly dangerous waste dumps and disposal sites, as well as the destruction of health and community fabrics. According to information gathered from toxicological reports released during the tour, the inhabitants of the regions visited present various diseases, such as liver, kidney, skin and stomach cancer, as well as leukemia, genetic defects, miscarriages, kidney failure, dental and skeletal fluorosis, which are linked to the companies’ operations in different sectors[iv]. In response to the complaint presented by the Caravan at the end of the tour, the Secretary of the Environment himself, Víctor Manuel Toledo, described the regions as “environmental hells”[v].

The broad media coverage obtained by the Caravan facilitated the establishment of a joint work process between the affected communities and the current Mexican government to initiate diagnostic and remedial processes in the medium term. However, international observers point out the danger to the human rights of the Mexican population posed by the conclusion of the new agreement with the European Union. In effect, this will ensure impunity for transnational corporations. Despite the European Commission’s argument that this agreement protects human rights, the experience of the trade and investment regime supported by the European Union has always been characterized by the application of a policy of soft law in the face of the rights of individuals, and of demanding and binding standards when it comes to protecting transnational corporations.

The only trade priority at this time should be to remove barriers to access to medical supplies and other resources to ensure the necessary strengthening of public health systems and other social measures to address the current crisis, as stated by more than 300 organizations in an open letter. Until this is guaranteed, the undersigned organisations demand that the EU-Mexico treaty not be signed.

The European Union must not only operate a radical change in its international trade policy, stopping the signing of agreements that secure corporate interests and violate human rights. Moreover, European governments must once and for all demonstrate their commitment by effectively supporting the establishment of binding standards for transnational corporations in the field of human rights, within the framework of the instrument currently negotiated in the United Nations Human Rights Council[vi].