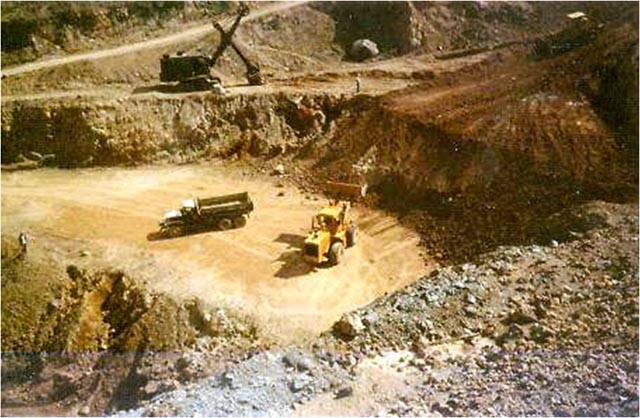 The European Commission will push for robust provisions on trade and investment in energy and raw materials in a free trade agreement (FTA) with the Philippines – a country with rich mineral reserves (gold, copper, nickel, aluminum and chromite) found in 30% of its total land area.

The EU wants the deal with the Philippines go beyond rules negotiated in its FTAs with other members of the Association of South East Asian Nations (ASEAN) countries, namely Singapore and Vietnam, according to an internal Commission report from the first EU-Philippines negotiating round held from 23 to 27 May in Brussels.

The Filipino negotiators asked for more information, which will serve as the basis for further discussions.

The EU wants to include ambitious sanitary and phytosanitary (SPS) provisions with WTO+ elements in its FTA with the Philippines. The idea is to agree on mechanisms to facilitate trade as well as procedures and timelines for “effective implementation.”

Already at the first negotiating round, the Commission signaled its intention to include the new investment court system (ICS) for settling investor to state disputes in the deal, highlighting the “importance of preserving a coherent approach in bilateral FTAs with ASEAN.” The EU-Vietnam FTA concluded in 2015 includes such a mechanism. It is not clear whether it will be also added to the EU-Singapore FTA, which was concluded earlier (in 2012 for the goods and services part and in October 2014 for the investment chapter – see article) before the creation of the ICS.

The Philippines has 31 Bilateral Investment Treaties (BITs) and seven Free Trade Agreements (FTAs), all of which include an investment protection chapter. These include deals with Australia, Canada, China, Japan, Malaysia, South Korea and 12 BITs with the EU member states (Austria, Belgium, Luxembourg, Denmark, Finland, France, Germany, Italy, Netherlands, Portugal, Spain, and the UK).

As of 1 October 2015, 4 ISDS cases against the Philippines have been registered by the Secretariat of the International Centre for Settlement of Investment Disputes (ICSID) since 1972.

The latest report commissioned by the Filipino coalition against mining warns that the investment protection chapter foreseen in the EU-Philippines FTA, might hinder the country’s ability to restructure its mining industry, comprised of 47 large-scale mines, including 23 owned by foreign investors.

“The EU-Philippines FTA could allow investors to sue the government at international arbitration tribunals if they believe their profits have been unduly affected”, Jaybee Garganera from the Filipino coalition against mining, Alyansa Tigil Mina said in a statement released on 24 May in Amsterdam and Manila.

“The Philippines could be the latest victim unless this agreement is stopped”, added Cecilia Olivet, researcher with the Transnational Institute.

The Philippines will in turn push for “flexible” rules of origin for a number of products, including tuna- a major Philippine export product to the EU- textiles, vehicles, processed agricultural products and chemicals.

The first exchange of views on intellectual property rights has shown that further discussion of the EU system of protected agricultural names – known as geographical indications (GIs)- as well as on pharmaceuticals and border enforcement might prove difficult, according the Commission report.

The second round of EU-Philippines negotiations has been tentatively scheduled for October.

The Philippines is one of the 10 members of the Association of South East Asian Nations (ASEAN), as well as being the 5th largest economy in the region and the 2nd biggest market in ASEAN. It is also the 5th country of the ASEAN to start negotiations for a bilateral free trade agreement with the EU.