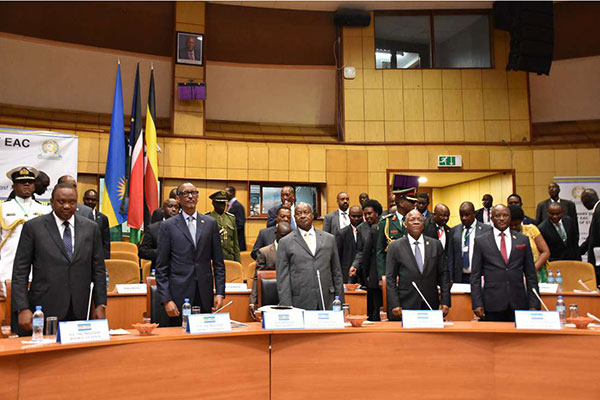 An Economic Partnership Agreement (EPA) between the EU and six East African countries has been stuck for several years. When President John Magufuli’s Tanzanian government suddenly announced it was reviewing its position on the EPA with a view to endorsing it, EU officials were taken aback.

Foreign Minister Augustine Mahiga told local media on 27 February that negotiations had reopened on ‘technicalities’, with a view to taking the EPA back to the Tanzanian parliament for approval.

There is seemingly little economic incentive for President Magufuli to sign up to the EPA. Tanzania could already export its goods to the EU market under the ‘Everything But Arms’ agreement. Signalling readiness to sign the trade pact is more likely a sign that Magufuli is aware that relations with European leaders have become dangerously cold in recent months.

Negotiations between the European Union and the six-nation EAC on the agreement were concluded in 2014; Kenya and Rwanda have signed it and the Kenyans ratified it in September 2016.

But the trade deal, which seeks to dramatically increase market access for firms on both sides, has remained in limbo ever since because Tanzania, Burundi and Uganda have refused to sign it into law.

Faced with such a long-running impasse, the EU executive had instead been preparing the ground to allow Kenya and Rwanda to sign bilateral accords.

The EAC summit in Arusha in early February appeared to pass the final death sentence to the EPA, and deal a hefty blow to the EAC’s credibility as a regional actor. Leaders agreed that after nearly five years of trying and failing to reach a common position, each country should be able to go its own way with the EU after a four-month grace period.

The EPA with East Africa has followed a pattern similar to other regional EPAs, as only the deal with the Southern African Development Community has come into force. This has increased the pressure on the EU executive to abandon or reappraise its approach to trade deals with Africa.

In his State of the Union address last autumn, Commission President Jean-Claude Juncker mooted the prospect of a continent-to-continent trade pact between the EU and Africa, although officials on both sides see it only as a long-term project.

The European Commission is close to invoking Article 96 of the Cotonou Agreement and cutting off all financial support and political relations with the Tanzania government, EURACTIV understands. The EU’s ambassador Roeland Van de Geer was expelled from Tanzania in November after raising concerns about democratic freedoms and human rights.

‘He (Magufuli) has managed to completely destroy relations between the EU and Tanzania. The mood upstairs [in the Commission] is very ugly,’ one Brussels official told EURACTIV.

Several EU countries, including Denmark, Sweden and Belgium, have already cancelled bilateral aid programmes worth around €50 million, but invoking Article 96 would strike down the €100 million the Commission gives Tanzania in budgetary support each year.

But Brussels is still waiting for substantive negotiations on the EPA to re-start. There are also few signs that Tanzania is opening up its trade policy. At the Trade Policy Review of the East African Community on 20 March, the EU noted that Tanzania and Burundi had failed to ratify the WTO Agreement on Trade Facilitation.

A European Commission official told EURACTIV that it has still not received any “specific requests” from the Tanzanian government on the ‘technical queries’ it wants to resolve.

The official added that the EU executive “remains fully committed to this agreement and is ready to engage as soon as Tanzania and other members of the EAC are ready”.