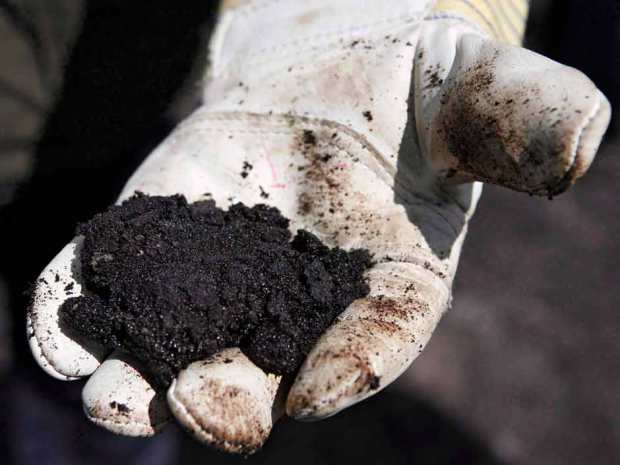 The European Union has backed off a plan to label oil from Alberta’s oilsands as dirtier than other oils and to make it harder to import.​

The European Commission, the EU’s executive arm, published a proposal early Tuesday that removes one of the biggest hurdles that was standing in the way of Canada exporting its oil directly to Europe, something that isn’t currently happening in any significant way.

The move comes at a time when tensions are rising between Europe and its top oil supplier, Russia.

EU sources, speaking on condition of anonymity, said the desire for a trade deal with Canada had been a factor given the situation with Moscow.

"It is no secret that our initial proposal could not go through due to resistance faced in some member states," EU climate commissioner Connie Hedegaard said in a statement.

Confirming a draft seen by Reuters in June, the proposal requires refiners to report an average emissions value of the feedstock used in the products they produce, dropping a requirement to single out oilsands content.

Producing oil from northern Alberta’s vast reserves of oilsands requires upgrading the tarry bitumen. The process requires more water and energy than most other forms of oil, and emits more greenhouse gases along the way.

"The EU has been looking at these fuel standard proposals for some time," Queen’s University professor Warren Mabee told CBC News in an interview. "There’s been a lot of pressure from various member states not to be too discriminatory."

The revised plan still proposes a method to assess the pollution levels of various fuel types over their life cycles and the European Commission said it would propose action if these were incompatible with climate goals.

"The Commission is today giving this another push, to try and ensure that in the future, there will be a methodology and thus an incentive to choose less-polluting fuels over more polluting ones like, for example, oil sands," Hedegaard said.

Mabee said the news was welcomed with cautious optimism in the oil patch. "I think it’s a win for now," he said. "It prevents the labelling of our oil as being particularly dirty, which would allow it to be stopped before it even got into the European mix."

"They want to be able to access the best price for oil, and if you start to put those labels on, you start to diminish your options."

In an unrelated but well-timed twist to the EU’s move on Tuesday, Canadian oil company Suncor announced it has just shipped its first tanker-load of western Canadian heavy crude from Canada’s East Coast to Europe. The Minerva Gloria was set to pick up a cargo of crude oil from the port of Sorel-Tracy on the St. Lawrence River in Quebec this morning, bound for an unknown destination in Europe.

Environmental campaigners and Green politicians criticized the EU’s move Tuesday as a step backward. Greenpeace accused the European Commission under outgoing President Jose Manuel Barroso of putting trade ahead of the environment.

"The Barroso Commission has chosen to put trade deals like TTIP (the Transatlantic Trade and Investment Partnership) before the environment," said Greenpeace EU energy and transport policy director Franziska Achterberg.

"This should be a lesson to (Commission president-elect Jean-Claude) Juncker and his team. Public opposition will only intensify if he allows trade deals to be used to undermine the EU’s environmental legislation."

The contentious European debate over Canadian oil dates back to 2009, when EU member states tentatively approved legislation aimed at limiting the greenhouse gas emissions. But the law had no clear road map for how to implement any limits imposed.

In 2011, the EU decided that oilsands oil should be given a "carbon value" 20 per cent higher than other forms of oil, but member nations again couldn’t agree on a policy or implementation limit.

After an inconclusive vote by member states in 2012, the Commission said it would carry out an assessment of the financial impact of the legislation.

Hedegaard argued at the time that such a review would ultimately make the planned law stronger not weaker.

Oilsands crude is being exploited by major oil firms such as BP Royal Dutch Shell and ExxonMobil.

Environmental campaigners say exploiting these reserves will make it very difficult to meet goals to avert the most devastating impact of global warming.

"After a five-year siege by Canadian officials and industry lobbyists, the EU is letting oil corporations off the hook," said Nusa Urbancic, a programme manager at campaign group Transport & Environment.

"Excusing the oil industry from carbon reduction efforts is unfair, inefficient, and costly as well."

In the context of the Ukraine crisis and concerns about Europe’s energy security, Canada had argued Europe should embrace its oil as a secure source of energy.

European refining lobby group FuelsEurope welcomed the new proposal as "a simple and effective methodology" that would help safeguard the sector’s competitiveness.

EU member states will now debate the proposal under a fast-track procedure meant to take less than two months. It will also require a sign-off from the European Parliament.

Meanwhile, a summit of EU leaders this month is expected to outline a new set of 2030 climate and energy goals.

These include a proposed 40 per cent cut in greenhouse gas emissions, compared with a 2020 goal of 20 per cent versus 1990 levels.

With files from Reuters News Agency