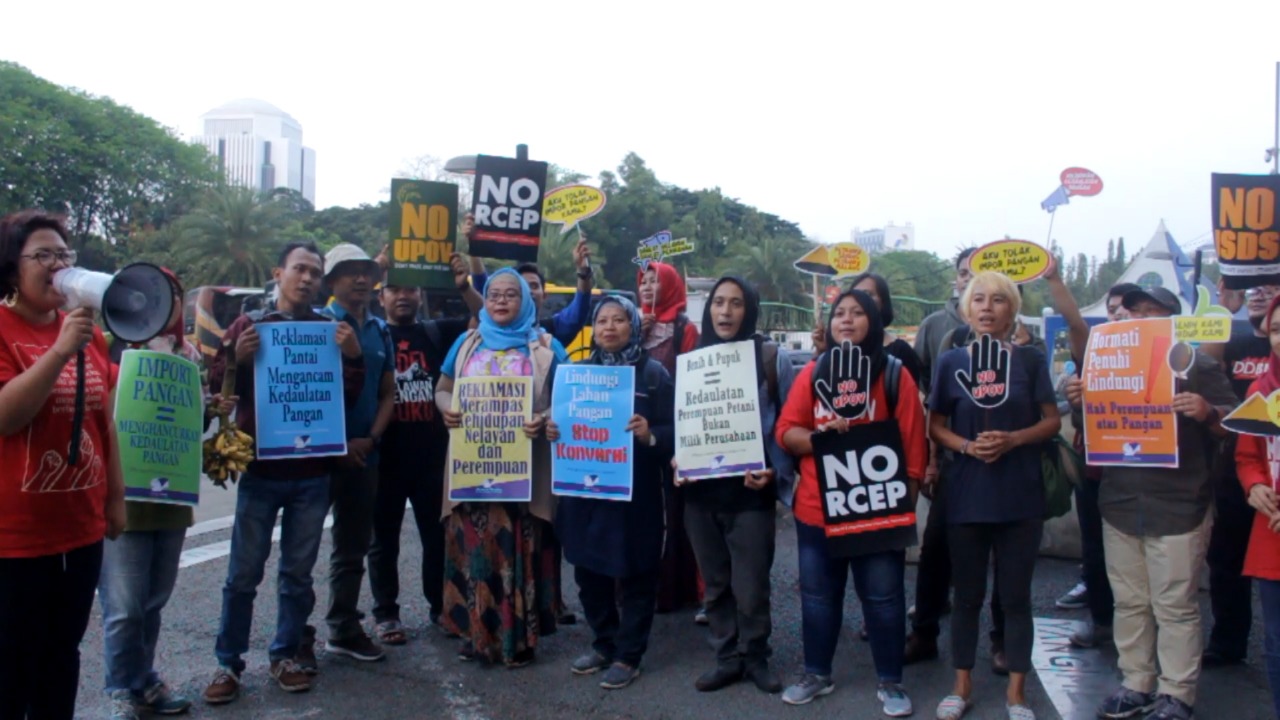 Experts warn about the dangers of signing RCEP By Kundan Pandey

Various sectors of the Indian economy including agriculture, dairy, services and data will be facing the heat due to the forthcoming Regional Comprehensive Economic Partnership (RCEP) according to leaked documents, experts said while talking to media on October 16, 2019.

Biswajit Dhar from the Jawaharlal Nehru University noted that India already had complete market access in most countries that were participating in RCEP. “What additional market access is India is going to get after the RCEP deal?” he asked.

This question became pertinent especially when one considered that India had foregone revenues of $5.3 billion due to preferential rates under free trade agreements in 2018 while at the same time considering releasing sovereign bonds to get some funds, Dhar added.

It was quite strange that the Bharatiya Janata Party (BJP), which had opposed similar trade deals while it was in opposition, was now going ahead without consulting even those whose very interests were at stake, he emphasised.

“Negotiating for a trade deficit with a democratic deficit spells disaster on both fronts,” she said.

“The irony is that the draft chapter of RCEP makes it a legal obligation on member countries to publish in advance, any such laws, regulations, procedures and administrative rulings to interested parties so that they can have an opportunity to comment on them,” she commented.

“However, what is worrying is that while the RCEP talks have gone very far, there is as yet no involvement of people who are the real stakeholders and face real consequences,” she added.

Ranja Sengupta from the Third World Network raised the issue of value added milk and palm oil and said the deal would have an extremely negative impact on locals. “There is fear among small stakeholders and famers in all the negotiating countries and they are protesting against the moves of their respective governments,” she added.

Yudhvir Singh, coordinator of All India Coordination Committee of Farmers Movement noted that the agricultural sector in India was already under stress and lakhs of farmers had committed suicide in the last 20 years. “It will become more vulnerable with RCEP opening the gates to imports,” he said.

Fifteen million Indian dairy farmers, mostly women, were the backbone of the largest dairy economy (India) and the BJP government would destroy the whole agriculture sector with the stroke of a pen if it signed the RCEP deal, Singh said.

Parminder Jeet Singh of IT for Change said India and South Africa were the only two countries standing firm in the World Trade Organization on the issue of regulation of e-markets.

“Many policymakers in India have raised the importance of data in recent years. Still, the government seems ready to give all data policy space,” Singh said.

He added the government was trying to get some relief by asking for exemptions in special cases. However, no clever language would mitigate the challenges as most of the data was being collected by private players, he emphasised.

About rules in investment, Kavaljit Singh from Madhyam said if leaked documents were to be believed, India was moving backward on its policy over investment agreements.

On the other place, shwani Mahajan, the co-convener of the Swadeshi Jagran Manch has told CNBC-TV18 that the regional comprehensive economic partnership (RCEP) free trade agreement (FTA) in its present form is unacceptable from India’s point of view. Please take a look at this link.