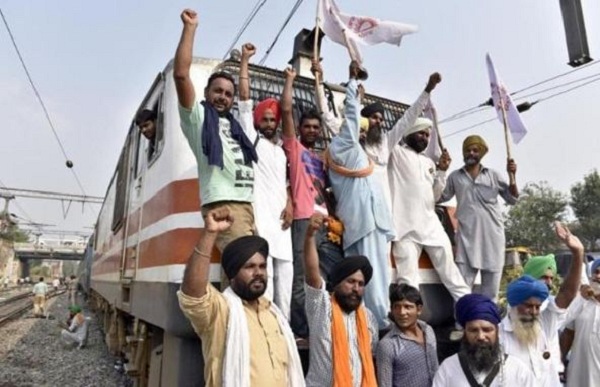 Fearing dumping of agri-products from developed nations, farmers protesting under the banner of Kisan Sangarsh Committee (KSC) have asked the Union Government to withdraw from the Regional Comprehensive Economic Partnership (RCEP). India hosted representatives of all 16 nations (who are part of the RCEP negotiations) during two-day talks in Delhi that ended on Sunday.

To make their voices heard, farmers held protests to mobilise support over the matter on Sunday. Sarwan Singh Pandher, general secretary, KSC, said the free trade agreement would unsettle the domestic farming and allied occupations in the country, especially Punjab. Signatory nations of the grouping would be authorised to dump at least 29 items without any tax, he said.

Punjab is the food bowl of the country, with annual production of paddy and wheat crossing over 1.5 lakh metric tonne. The state contributes impressively to milk, sugarcane, oil seeds, vegetable and other farm and allied production.

Sakatar Singh Kotla, another farmer leader, said: “ The 16 RCEP countries include 10 ASEAN nations, besides Australia, China, South Korea, Japan, New Zealand and India. A look at the names of these countries makes it amply clear that some of these are world leaders in wheat, paddy and other crops. Indian farmers are already battling with continuous increasing input cost and low procurement price.”