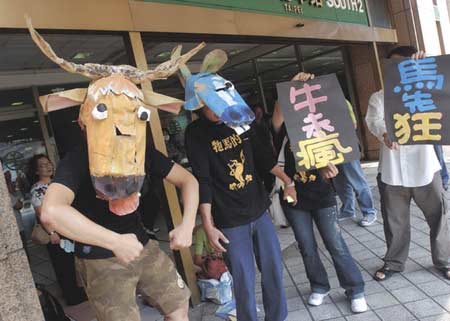 A former US representative to Taiwan says the row over US beef could delay possible talks for a US-Taiwan Free Trade Agreement (FTA). Former American Institute in Taiwan Director Douglas Paal was speaking in Washington DC on Thursday.

Taiwan’s government recently lifted a six-year ban on the import of US ground beef, beef offal and beef on the bone. Many in Taiwan have called for a renegotiation of the agreement on the grounds that these products may carry a higher risk of mad cow disease.

Paal said however that the controversy is due to political interference. He said the government should have done more groundwork to allay public fears over the safety of US beef.

The former US representative said that he hoped the row would not harm US-Taiwan relations. He said however that he expected talks towards a US-Taiwan trade and investment agreement would have to wait until the row has died down.

Paal is currently vice president of the Carnegie Endowment For International Peace, a foreign policy think tank based in Washington DC.