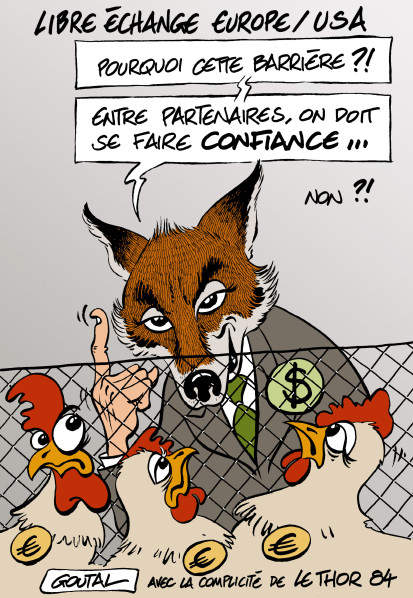 About 1,500 protesters gathered in Paris, Saturday, to celebrate the European Day of Alternatives and Resistance and protest against the Transatlantic Trade and Investment Partnership (TTIP). Anti-nuclear, anti-GMO, anti-fracking and animal rights activists set up stalls in the capital’s Place de la Republique to explain their causes. “The European Commission is surely the political and economic structure most corrupted that has existed since Charlemagne” said activist Gerard Liebskind. The TTIP will not allow nation states to ban fracking companies from extracting shale gas in their country, or to ban GMO seeds and products from being on the market. #ANS2014