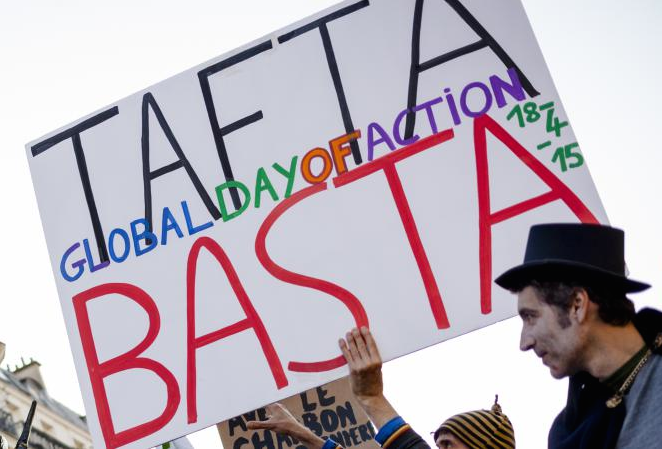 Current Transatlantic trade talks should be halted and a new set started, France’s trade minister said on Tuesday, adding his voice to German calls for an end to the negotiations.

Matthias Fekl said he would request a halt to negotiations over the Transatlantic Trade and Investment Partnership (TTIP) on behalf of France at next month’s meeting of European Union trade ministers in Bratislava.

"There should be an absolute clear end so that we can restart them on good basis," he said on RMC Radio, adding he would suggest that course to fellow ministers.

The comments put the EU’s two biggest economies at odds with both the official line from the European Commission, the bloc’s executive, and the U.S. Trade Representative Michael Froman.

Three years of talks have failed to resolve multiple differences, including over food and environmental safety, but the USTR’s spokesman told German magazine Der Spiegel the negotiations "are in fact making steady progress".

The White House has said this week it aims to reach a deal by the end of the year. "It’s going to require the resolution of some pretty thorny negotiations, but the president and his team are committed to doing that," White House spokesman Josh Earnest told reporters in Washington.

"Although trade talks take time, the ball is rolling right now and the Commission is making steady progress in the ongoing TTIP negotiations," the executive’s spokesman, Margaritis Schinas, told a news conference in Brussels on Monday.

Supporters say the TTIP could deliver more than $100 billion worth of economic gains on both sides of the Atlantic, but critics say the pact would hand too much power to big multinationals at the expense of consumers and workers.

Paris threatened to stall further negotiations as long ago as April, but there are national elections due in both France and Germany in 2017, and before the summer, experts were saying that this year — ahead of the U.S. presidential election — may be the best opportunity to strike a deal.

That prospect looks less likely now, and Britain’s June vote to leave the EU has further clouded the picture, even though the Commission has a mandate to finalise TTIP talks on behalf of all EU 28 members.