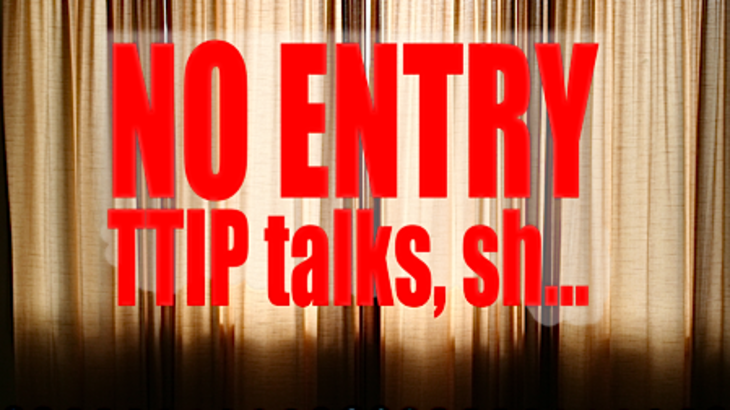 Matthias Fekl, the new French Secretary of State for Foreign Trade, has joined his predecessors in calling for the publication of the trade negotiation mandate between the EU and the United States. The continued lack of transparency in the negotiations could lead to the failure of TTIP.

At a meeting of representatives from the French parliament’s Economic Affairs, Environment and Territory commissions, the Secretary of State announced that he had sent an official letter to the European Commissioner for Commerce, Karel de Gucht.

In his letter, Fekl called for the negotiation mandate for the Transatlantic Trade and Investment Partnership (TTIP), which remains confidential after one and a half years of negotiations, to be made public.

"One of my very first decisions following my nomination was to write to the European Commission and ask them, in the name of France, to implement total transparency on trade negotiation mandates, particularly with the United States," the secretary of state said. "Secret negotiations can no longer be allowed to take place," he added.

There is no lack of support from France or Europe for increased transparency, and the latest French demands for the publication of the mandate are nothing new. The former Minister for Foreign Trade, Nicole Bricq, tried to have them published at the start of the negotiations, but was defeated by opposition from the Council and several member states.

Fleur Pellerin, Minister for Foreign Trade in Manuel Valls’ first government, also appealed to the Commission to publish a document at the end of each cycle of negotiations. Again her request was unsuccessful.

"The negotiation mandate was adopted in June 2013 and has circulated on all the networks," said French Green MEP Yannick Jadot, Vice-President of the International Trade Commission. "The publication of an 18 month-old mandate, while the negotiations have already progressed, is no longer an issue of transparency, but rather an operation in communication," he added.

Though the lack of transparency in the TTIP negotiation cycles and the accessibility of documentation are still broadly criticised, the negotiation mandate has been readily available on the Internet for months.

For many, however, transparency in the transatlantic negotiations remains insufficient. "The European Institutions sometimes give the impression that they do not learn from their mistakes. Greater transparency may well have stopped us blocking the Anti-Counterfeiting Trade Agreement (ACTA). I think the lack of transparency will also cause the TTIP negotiations to fail," Yannick Jadot warns.

"France has to clarify its position on the issue of the Investor-State Dispute Settlement mechanism (ISDS)," the MEP continued. "Germany and the European Parliament have both already expressed their concerns".

This mechanism could allow companies to take action against states whose legislation negatively impacts their economic activity. An American producer of shale gas, for example, could claim damages from France for prohibiting their activity.

The French trade minister is due to take part in an informal meeting of the European Foreign Trade Ministers on 15 October, where he is expected to clarify the French stance on this controversial aspect of TTIP.

The European Commission is soon due to publish its first summary of the consultations on the TTIP Investor-State Dispute Settlement mechanism.