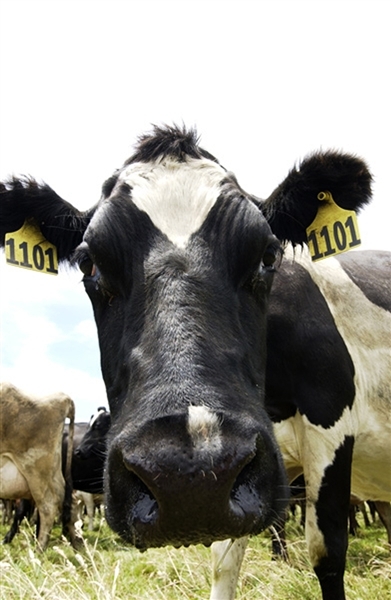 WASHINGTON — The last time the United States and New Zealand opened up their agricultural markets to each other, New Zealand’s dairy farmers won greater access to a coveted piece of the U.S. dairy industry. The United States settled for cat food.

Now the Obama administration is proposing another effort to tear down trade barriers with New Zealand and other trans-Pacific countries, and stiff opposition is taking shape from dairy farmers’ allies in Congress.

The administration told lawmakers in December that it will pursue a trade agreement with New Zealand, Singapore, Chile, Brunei, Peru, Vietnam and Australia, expanding on free trade deals the United States already has with Australia, Peru, Chile and Singapore.

Talks would begin in March.

Officials have not said how they intend to treat agriculture in the talks — dairy has sometimes been left out of free trade agreements after lobbying by U.S. dairy farm groups — but some lawmakers have told the U.S. trade representative’s office that they firmly oppose any deal that would open the U.S. to more dairy imports, just as farmers are struggling to stay in business.

All the benefits of dairy trade likely would go to New Zealand, Mrs. Gillibrand wrote. "In exchange, America’s dairy producers and processors would face tremendous pressure and job losses, resulting in losses of billions of dollars to the U.S. dairy sector and supporting businesses."

"The reception they got was chilly, to say the least," Mr. Courtney said.

The administration touted the talks as a step toward opening growing countries to more U.S. goods, and doing so in a regional approach rather than relying on deals with individual countries, some of which are still pending in Congress from the Bush administration. The Asia Pacific region already accounts for 27 percent of U.S. jobs tied to exports, and the International Monetary Fund predicts that the region’s economies will grow faster than the world average at least through 2014, the trade representative’s office reported.

In addition, the administration cited trade agreements already in place among countries in Pacific-Asia region, saying the United States’s share of trade there will decline because of them, without a new U.S. deal.

A spokeswoman at the trade representative’s office, Carol Guthrie, declined to reply specifically to the lawmakers’ concerns but said in an e-mail message, "We intend to work closely with farm groups and with the members of Congress who represent them — including Senator Gillibrand — to develop a plan on agriculture that deals effectively with challenges and delivers concrete benefits for U.S. farmers and ranchers."

But Mr. Courtney said any dairy provisions with New Zealand, especially, are bound to be a one-way street as New Zealand’s industry, like Australia’s, is geared toward exports and the country firmly opposes dairy imports that could threaten its own farmers.

The Australia free trade deal was approved during the Bush administration only after officials addressed dairy industry concerns, leaving the business relatively untouched.

Lifting dairy trade restrictions with both New Zealand and Australia could lower milk prices paid to farmers by 80 cents per 100 pounds and cut U.S. milk production by 2 percent, economists at Cornell University predicted in 2004.

Past negotiations with New Zealand sacrificed part of the U.S. dairy industry for other products. In the 1994 Uruguay Round of trade talks, the United States agreed to open its markets to more New Zealand cheddar cheese, even though the cheddar cheese market in this country heavily influences milk prices paid to farmers and imports can depress milk prices paid to farmers.

Critics of the Obama administration’s effort said officials could not have picked a worse time to pursue free trade, given high unemployment and the particular pain dairy farmers are enduring. Milk prices crashed a year ago and have been well below the cost of production ever since.

"Why — when the economy is in the tank — do we need a free trade agreement with New Zealand or anyone else?," said A. Mario Castillo, president of The Aegis Group, a Washington lobbying firm dealing with trade and other issues. "This is plain stupid and you can quote me."