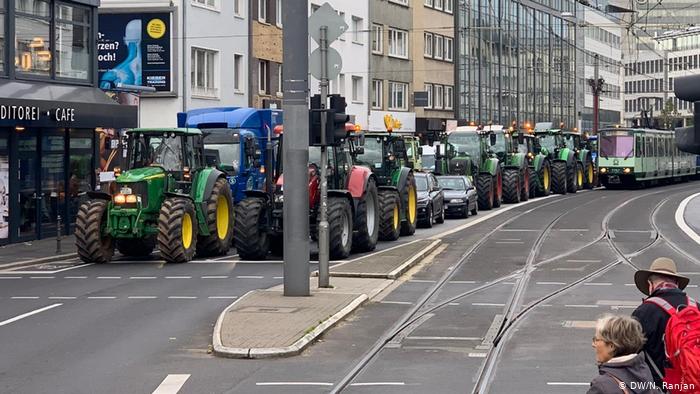 German farmers are the latest primary producers to take to the roads in protest in a number of locations around Germany today, Tuesday, October 22.

The rally, which is being organised by the group “Land Schafft Verbindung” (“Land Creates Connection”), is protesting, according to the group, against “the current environmental and agricultural policy, the economic power and social peace that is endangered in rural areas in Germany”.

The group is planning an event today from 11:00am; a main event kicked off in Bonn, in the west of the country. However, a number of other tractor protests are taking place on other major city routes.

According to the group, hundreds of tractors, buses and cars will be used to “show what we think about current politics”.

The Land Schafft Verbindung outlined its concerns including:

The group – which claims to have a network of 40,000 people involved, operating largely through social media channels – seeks negotiations between farmers, the ministers for agriculture and environment, and main non-government organisations.

“In recent years, politicians, media and activists have outlined a negative image of us. We are not animal abusers and polluters,” the German group added.