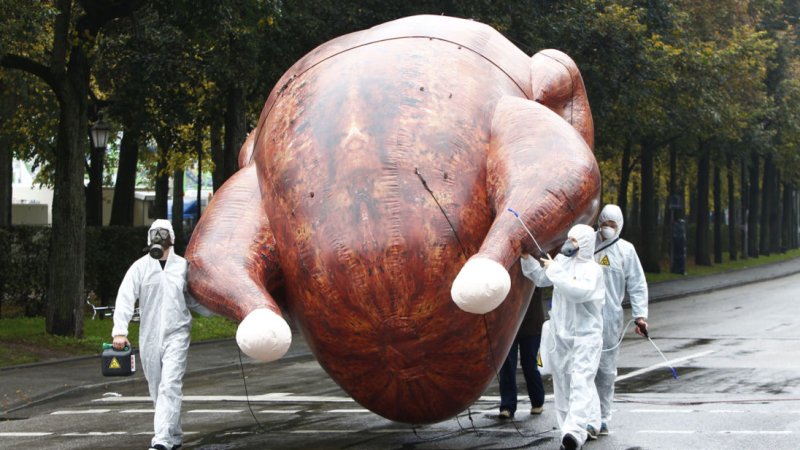 Gove: UK would not compromise with US on food standards

Britain could block a post-Brexit trade deal with the US if it included the sale of chlorine-washed chickens, currently banned by the EU, Michael Gove has said.

While the environment secretary evaded the question of whether he would veto a trade deal in order to protect consumers, he insisted Britain would not waiver on animal welfare standards built up by the EU over decades.

He also expressed concern about antibiotics used in livestock, and bee-harming pesticides, neonicotinoids, used on grain that goes into breakfast cereals and other consumer foods.

This could set Britain on a collision course with the US commerce secretary, Wilbur Ross, who said in November that changing EU regulations would form a “critical component of any trade discussion” with the UK.

Gove told the environment select committee on Wednesday: “The cabinet is agreed that there should be no compromise on high animal welfare and environmental standards.

“In America, they cannot guarantee the same high standards in terms of how chickens are reared that we insist on here.”

He repeatedly ducked attempts by the committee’s chairman, the Tory MP Neil Parish, to ascertain whether he would veto or “hold a whole trade deal up” if the US insisted that the UK accept its lower standards.

Ross had said any future deal would hinge on the UK scrapping EU rules, including the ban on chlorinated chicken and hormone-fed beef. Gove said this would be unlikely to happen.

“That’s why, unless there’s a change on the American side, we’d say those animal welfare rules are things we will not compromise.”

He said parliament could be the final arbiter. “If parliament wanted to, it could stop the government signing a trade deal,” he said. “The whole point about trade deals is that you have got to be assertive in defence of your own interests.”

He said his department “punches above its weight” and had achieved better deals for food and drink sectors in the government’s industrial strategy. It planned to use this “extra muscle” in Whitehall.

Asked if the US use of neonicotinoid pesticides and antibiotics on livestock would be a barrier to a trade agreement with the US, Gove said: “They are both issues of concern, absolutely yes.” He has previously said he would support a ban on the insect-harming pesticides.

Gove also confirmed his proposals for Britain to leave the common agricultural fisheries programme as soon as possible. He said Britain would become independent of the programme “one minute” after 11pm on the proposed Brexit Day of 29 March 2019.

However, Britain was also proposing a nine- or 10-month transition period and a bespoke arrangement for a fishing deal in the wider transition agreement, which he hoped would be in place by March next year.