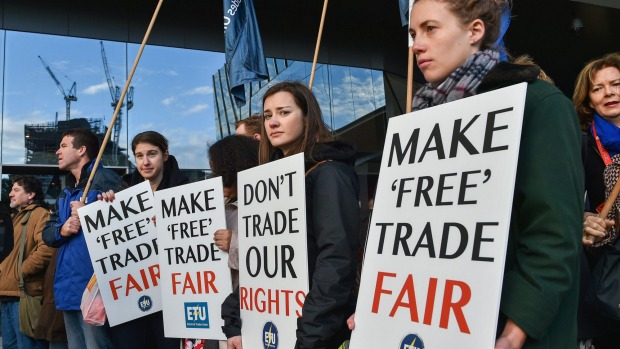 Govt to forgo $4.2b in China tariffs

Australia will forgo $4.1 billion in tariff revenue as a result of the free-trade agreement with China.

The figures for the next four years are revealed in the mid-year economic and fiscal outlook released on Tuesday.

"We made a judgment that in the circumstances this is the appropriate treatment for this sort of measure," Senator Cormann told reporters in Perth.

The MYEFO document said the government did not believe there should be domestic tax increases or reductions in domestic spending to offset the revenue impact.

"I just really hope that the free-trade agreement with China is worth it, when you consider it is going to have an immediate impact on the budget," he told reporters in Canberra.