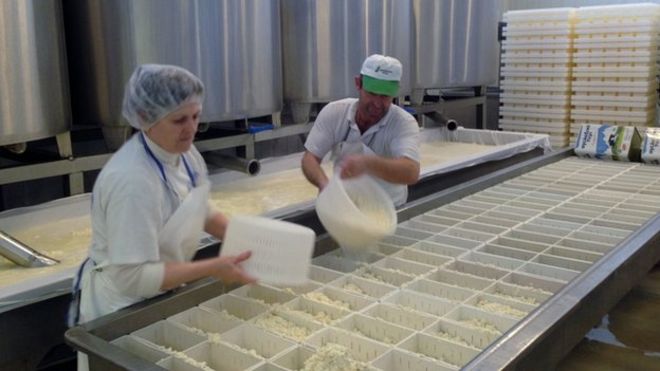 Greece to block TTIP unless geographical indications are protected

The Greek government is ready to veto the Transatlantic Trade and Investment Partnership (TTIP) between the US and the EU unless it ensures increased protection for key agricultural geographical indicators.

According to a document from the Greek Ministry of Economy, seen by EurActiv.com, Athens is not optimistic about the pact’s future due to the American rigid stance, even though the country is working towards a mutually accepted solution.

“There is no evidence that it is possible to proceed with the agreement, as the US is not willing to engage in concessions which are necessary to close the negotiations in areas such as public procurement and shipping services,” the document reads.

Greece is particularly concerned about the impact of TTIP on agriculture and specifically, on geographical indications.

The ‘hot potato’ for Athens

In a recent interview with EurActiv, United States Secretary of Agriculture Tom Vilsack admitted that geographical indications were ‘not an easy issue’ in TTIP.

“This is not an easy issue. It’s an issue that is going to require a lot of work, and some very creative thinking to be able to navigate this thicket where you want to protect value, but you don’t want to do it at the expense of products that have been marketed under that name for a considerable period of time,” Vilsack told EurActiv.

According to the document, the Greek side will not accept an agreement which will not ensure increased protection of geographical indications.

“We have urged the European Commission not to let this quite sensitive issue for the Greek interests on the final stage of negotiations, where there will be no flexibility,” it says, adding that Greece will not accept an agreement in which leading agricultural products will qualify as ‘generic’ and thus not be adequately protected.

According to the Greek Ministry of Economy, high-quality agricultural products create value for local communities, supporting rural development and the promotion of new employment opportunities in manufacturing, processing and other related services.

“Trade liberalisation cannot be at the expense of agricultural production or protection of the environment and the consumer, nor putting corporate interests over those of the citizens.”

EurActiv was informed that Athens is concerned about traditional feta cheese (Protected Designation of Origin) which is also crucial for Greek livestock.

A Greek official told EurActiv that livestock played a key role in the country’s development planning of the agriculture sector for the growth, employment, and SME’s.

“The feta cheese should be definitely protected from unfair competition,” the same official said, adding that this product has undergone misuse and usurpation by third countries’ companies in the past.

The official continued, saying that based on worldwide demand feta cheese has an enormous potential and can become a pillar of development for the agri-food industry.

According to a recent research by the World Trade Institute (WTI), commissioned by the US Chamber of Commerce in the EU, TTIP is expected to increase the GDP of Greece permanently by 0.4% and exports to the US by 13%.

In particular, Greece’s agriculture, forestry, and fisheries sector is projected to increase its exports to the US by €81 million while the exports in the processed foods sector are expected to increase by €99 million.

According to the research, employment in agriculture will also increase by 0.4%.

The Greek ministry also reiterated its position regarding the transparency of the negotiations.

“The negotiation process itself does not give the necessary flexibility to member states to formulate their positions. Member states are informed of the progress of negotiations by the Commission and do not have direct access to consolidated texts of trading only in special reading rooms, where the access rules are particularly strict,” the paper reads, adding that Athens is against a ‘fast-track’ agreement.

“The TTIP agreement will not go ahead if it doesn’t defend and promote the basic principles of Union and is not based on a reciprocal basis”.

Contacted by EurActiv, the press office director for the right-wing main opposition New Democracy party, Makarios Lazaridis, said that TTIP could contribute to economic growth and competitiveness but also emphasised the transparency issue.

“However the negotiations should be made with the utmost transparency and adequate consultation in order to avoid misunderstandings and thus be able to promptly deal with any difficult and problematic points of the agreement under discussion,” he stressed.

Reacting to the publication of this article, Greece’s Minister of Interior and Administrative Reconstruction, Panagiotis Kouroumplis, told EurActiv:

“Already in October 2014, I tabled a question for the TTIP, which was signed by 50 Syriza lawmakers. I expressed deep concerns about several aspects of the agreement, such as the opacity in the negotiations, the democratic deficit of the agreement, lifting the precautionary principle, the excessive protection of investors and the circumvention of labor rights and environmental standards.”