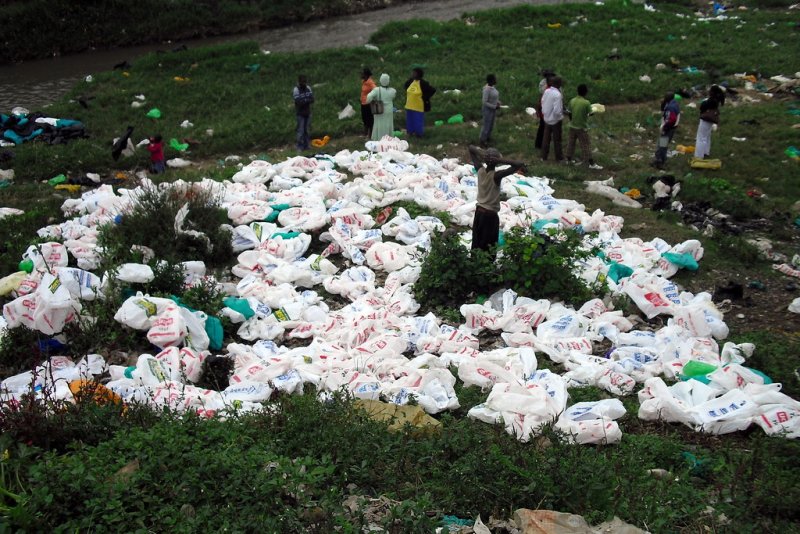 The Kenya-US trade deal should not be used to dump plastic exports in the country, global environment lobby group Greenpeace Africa has warned.

They have urged Trade Cabinet Secretary Betty Maina to watch out the American Chemistry Council saying it is lobbying for a deal, as the negotiations between the two countries enter the third round.

The CS on Tuesday received a 20,000–strong petition calling on her to take a strong stand against any influence by the council, which Greenpeace said is keen to secure market for the US plastic industry.

Greenpeace claimed the plastics and petrochemical industry plans to use the US Free Trade Agreement (FTA) with Kenya to push for investments in plastics products, market access for recycled plastics in Africa and importation of plastic waste.

Njehu said the government must conduct an environmental, social and human impact assessment of this trade agreement to inform its position.

The CS confirmed receipt of the petition but maintained there has been no talks nor issues around plastic in the ongoing negotiations.

“Anybody is welcomed to make their suggestions but the issues they are raising have not been raised to us. However, we are going by Kenyan laws in the negotiations,” she told the Star on telephone, noting the negotiations are headed into the third round.

Last month, 62 lawmakers from the US Senators and US Congressmen called on President Donald Trump to oppose the export of more plastic waste to Kenya and support Kenya’s actions to curb the production of wasteful single-use products.

This was after the New York Times revealed extensive and ongoing coordination between the US government and industry stakeholders to limit the scope of national and international policies to curb plastic pollution, including in negotiations to update a trade deal between the United States and Kenya.

In 2019, the US exported more than 1 billion pounds of plastic waste to 96 countries, including Kenya. Plastic sales to Kenya totalled Sh6.21 billion last year, US Congressional filings done in May this year shows.

“While many Americans believe they are recycling their plastic when they sort it at home for collection, this plastic often ends up as waste in developing countries and ultimately finds its way into rivers, oceans, and landscapes,” said the lawmakers in a letter to Trump.

US Ambassador to Kenya, Kyle McCarter, in an opinion piece this month said America would seek FTA provisions that provide for, and encourage, high levels of environmental protection. This applies equally to plastic bags, marine litter, and recycling, he said.

“We have heard concerns about environmental issues. Our published position makes clear that the US recognises the sovereign right of Kenya to establish its own levels of domestic environmental protection,” McCarter said.

Kenya’s State Department for Industrialisation on Tuesday tweeted: “Kenya will keep in mind concerns raised by environmentalists during the full course of negotiations with US in the making of a Free Trade Agreement.”