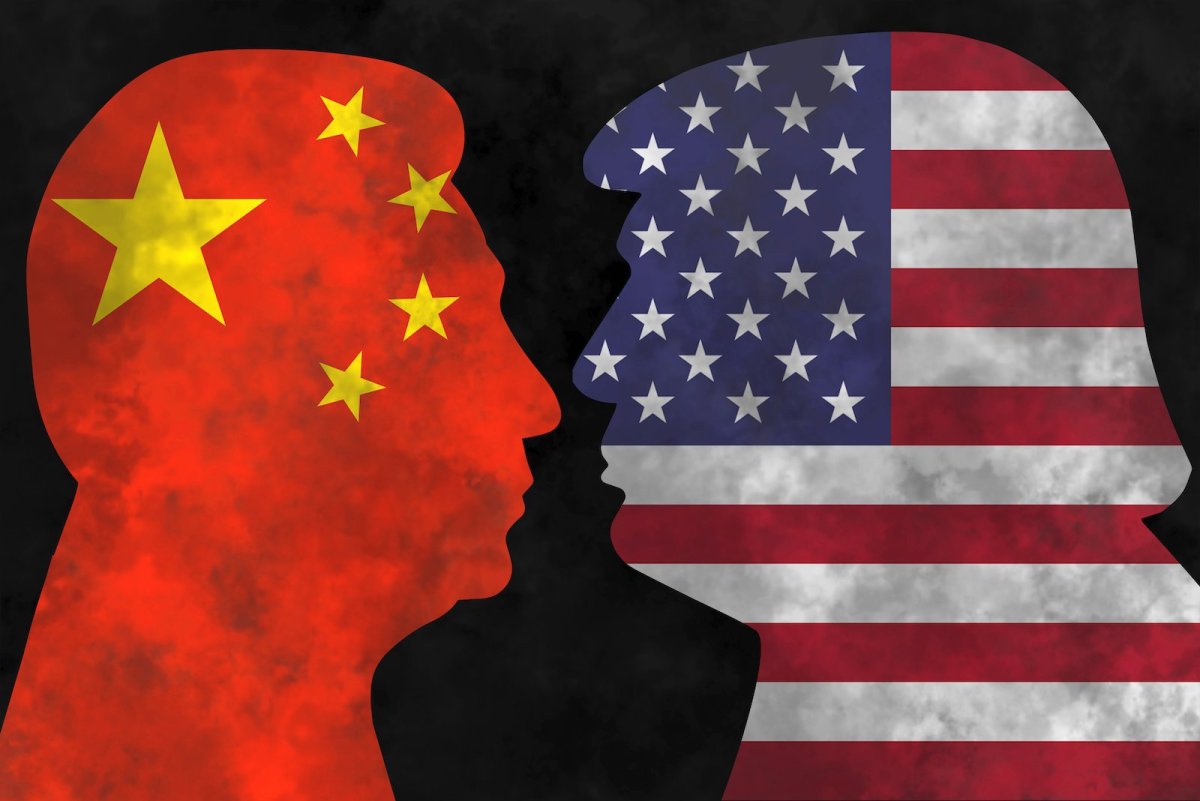 How China came to champion free trade By Scott Foster

The Chinese government has been strengthening legal protection of intellectual property for many years – for China’s own benefit, not to keep the Americans or anyone else happy. So how much has been accomplished, how much remains to be done, and why?

In an earlier Asia Times article, “Today’s free trader is yesterday’s IP thief,” I described how Britain and America built their industrial economies behind walls of protectionism until they were stronger than all their competitors, and then became advocates of free trade.

Any nation which by means of protective duties and restrictions on navigation has raised her manufacturing power and her navigation to such a degree of development that no other nation can sustain free competition with her, can do nothing wiser than to throw away these ladders of her greatness, to preach to other nations the benefits of free trade, and to declare in penitent tones that she has hitherto wandered in the paths of error, and has now for the first time succeeded in discovering the truth.

– from The National System of Political Economy, 1885 edition

Ha-Joon Chang and John Gershman updated List’s phrasing in their 2003 article “Kicking Away the Ladder: The ‘Real’ History of Free Trade”:

Developed countries are “kicking away the ladder” (in Friedrich List’s memorable phrase) that they used to become richer and instead are trying to foist upon developing countries a set of policies wholly unsuited for their economic condition and contrary to their economic interests.

We shall return to this argument later, when we compare the postwar economic histories of Japan, Korea, Taiwan and the Philippines. For this article, let’s focus on China.

When the Communist Party of China took power on the Chinese mainland and established the People’s Republic of China in 1949, it was faced with mass poverty and massive destruction of infrastructure and industry caused by the war against the Japanese and the last four years of civil war after that.

It had also inherited the legacy of colonialism: Britain and other imperialist powers had imposed unequal treaties under which China was required to pay reparations for wars started by the imperialists, cede territory, open treaty ports and grant extraterritorial rights to citizens of the nations that had invaded China.

This started with the First Opium War, fought between 1839 and 1842, and continued until the Japanese were defeated in 1945. Unequal treaties were also forced on Japan and Korea. Japan disliked being on the receiving end, but soon imposed its own unequal treaties on Korea and China.

The idea of “free trade” with China began with the British Empire then functioning as a drug cartel. It then advanced to the establishment of territories (concessions) controlled by the several imperialist powers, and finally the “Open Door Policy” promoted by the United States, which allowed all foreign powers equal opportunity to exploit all of China.

The Open Door was slammed shut by the Japanese invasion, which also destroyed Western imperialism in every part of China except Hong Kong and Macao. During and after the war against Japan, the US-supported Chiang Kai-shek’s nationalist Kuomintang party, but its effort to stop the Communists failed when Chiang retreated to Taiwan.

Faced with Western hostility, the Chinese Communists turned to their comrades in the Soviet Union. In the 1950s, the USSR provided China with a complete Soviet-style industrial infrastructure under the guidance of some 11,000 engineers and scientists. Thousands of Chinese students were sent to Soviet universities.

This enabled China to build up its capabilities in electric power generation, coal and steel production, machinery, chemicals and weapons systems.

Communist China achieved remarkable progress during 1950 -57 in its program of rapid industrialization and militarization, primarily because of the economic, military, technical, and industrial support received from the USSR.

The CIA estimated the value of equipment and technical service credits for the construction of major industrial enterprises in China during this period at about US$3.3 billion, adding that a new agreement in 1959 called for additional assistance of $1.3 billion through 1967.

The economic and technical assistance was accompanied by a large increase in trade between the two countries, which helped China repay the credits.

The report also states that “Soviet assistance for these projects is comprehensive, including selection of factory sites, collection of data for planning purposes, supply of the equipment, supervision of construction at the site, installation of the machinery and guidance in the stage of trial production.”

In comparison, the Marshall Plan provided more than $15 billion in aid for post World War II economic recovery in Western Europe, most of which did not have to be repaid.

According to US Bureau of Labor Statistics figures, one dollar in 1950 was equivalent to $10.78 today. Adjusted for inflation, the Soviet aid to China in the 1950s and 1960s mentioned in the CIA report amounted to almost $50 billion current dollars, while the Marshall Plan provided more than $160 billion for Europe.

Neither sum is particularly large in the context of today’s government budgets and international trade and investment. According to the UK-based analytics company Refinitiv, the cumulative value of projects financed under China’s Belt and Road Initiative has now exceeded $4 trillion.

If China can accomplish a sharp rise in per capital income and show substantial economic progress, the impact of this success will be felt throughout the world. Leaders in underdeveloped countries, in particular, ambitious for material progress and impatient to find shortcuts to industrial development, may be sorely tempted to ignore the consequences of totalitarian control and attempt to follow in the footsteps of the Chinese Communists.

At the time, the Soviet contribution to the economic development of China was the largest transfer of industrial technology in history. But it was accomplished without the concept of intellectual property as we understand it today.

The Patent Law of the People’s Republic of China was introduced in 1984. The following year, China joined the Paris Convention for the Protection of Industrial Property. In 1994, it signed the Patent Cooperation Treaty and in 2001, when it joined the World Trade Organization, it also acceded to the TRIPS agreement.

TRIPS, or the Agreement on Trade-Related Aspects of Intellectual Property Rights, is an agreement among all members of the WTO that sets minimum standards for the protection of intellectual property.

American and other critics of China’s behavior as a member of the WTO argue that it signed but never lived up to the requirements of any of these agreements.

On the other side of the debate, Nicholas Lardy of the Peterson Institute for International Economics wrote:

The increasingly accepted narrative in the West, especially in the United States, is that China acquires technology mostly through forced technology transfer from multinational companies investing in China and through outright theft. Overlooked are the data that suggest the popular narrative exaggerates the magnitude of China’s forced technology transfer and theft and does not allow for the possibility that China’s protection of intellectual property is improving rather than worsening.

Data from the OECD and the World Bank show Chinese royalty payments to foreign owners of intellectual property rising from less than $2 billion per annum in 1999 to about $30 billion now. This is both a huge increase and a far cry from the hundreds of billions of dollars of foreign intellectual property that China is alleged to be stealing year after year.

IP theft has been rampant in China for decades, with the number of domestic victims growing by leaps and bounds. As Chinese industry has advanced, there has been more and more to steal, creating serious problems for Chinese companies and for the government’s economic development plans.

As a result, China’s appreciation of the value of its own IP and the need to protect it has steadily increased.

As reported by Yukon Huang and Jeremy Smith, China “became the most litigious country in terms of the number of IP-related cases as early as 2005, and the number of cases has increased at a rate of over 40% per year for the past two years.”

China now grants more patents than any other country. Since 1914, it has operated specialized Intellectual Property Courts, which have been complimented for their fairness even by the Office of the United States Trade Representative.

In short, Huang and Smith conclude, China “is making the transition from net importer of ideas to net innovator, and as it does, it is finding that good patent laws matter.”

Where we go from here depends on the outcome of the American presidential election and the American government’s calculation of the risk-reward trade-off in confronting China.

Today, two-thirds of other nations trade more with China than they do with the US, including almost all of Asia-Pacific, most of Africa and South America, and much of Europe including Germany.

This leaves the US and the world with a strong economic rival that, following in the footsteps of Britain and America, is shifting from protectionism to free trade because it is in its national interest to do so.

The strategic issue is an entirely different matter. Evan Anderson, CEO of the American consultancy INVNT/IP, puts it this way:

The question is, if countries are inclined to steal IP to advance both their economies and militaries, and the PRC doing so is dangerous for the US and all of our allies, how do you stop them?