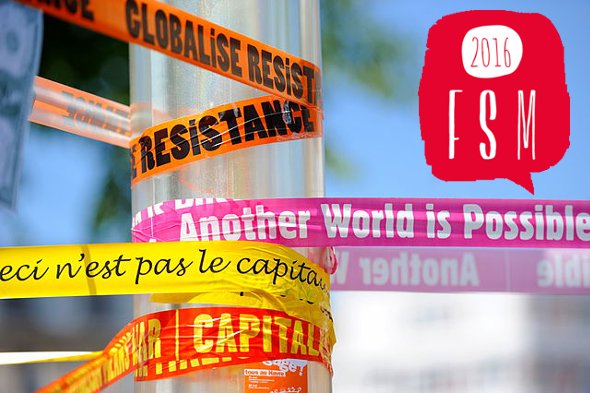 How the Dutch could derail CETA

As thousands discuss free trade at the World Social Forum in Montreal, Canada’s experience with NAFTA may offer lessons for the Netherlands, writes Niels Jongerius.

Free trade and investment treaties will be a key topic of discussion for the tens of thousands of activists gathering in Montreal this week for the World Social Forum. Resistance to trade deals, once the domain of anti-globalization activists, is now widespread. Large demonstrations are taking place against deals such as the Transpacific Partnership (TPP) and the Transatlantic Trade and Investment Partnership (TTIP). Facing such public pressure it is becoming ever more likely that a proposed Trade and investment treaty between Canada and the EU, CETA, will be blocked by a referendum vote in the Netherlands.

CETA (Comprehensive Economic Trade Agreement) is a sort of NAFTA-like agreement between Canada and the EU, covering both trade in goods and services as well as investments. CETA is part of a new generation of trade deals, like TTIP and TPP. Trade deals were traditionally concerned with the lowering of tariffs and quotas, but not this new generation of trade deals. Tariffs and quotas on trading between Canada and the EU are already generally very low, with some exceptions. Now, with intra-company trade making up an ever greater portion of world trade, investment protection is the prize trade deal negotiators chase. Over the past two decades, investment protection has boomed in trade deals. CETA is no different. Like NAFTA, CETA contains a controversial investment protection mechanism, a version of the deeply unpopular Investor to State Dispute Settlements (ISDS) mechanism.

Why has ISDS become so toxic?

ISDS mechanisms allow claims by corporations against governments in special investment courts outside of the normal judicial system. ISDS, a measure to protect investments and claim compensation, enables private corporations to sue governments for enacting environmental or social legislation when they feel their (potential) profits are affected. This can in turn discourage regulators from working in the public interest. Claims are often upwards of tens of millions of dollars. Public opposition to these secretive courts is so widespread in the Netherlands and Europe that an obscure acronym, ISDS, is now widely recognized as utterly toxic, according to Politico. Responding to increasing resistance to ISDS, the European Commission proposed minor changes and rebranded the mechanism as the Investment Court System (ICS).

The European Commission and European governments, including the Netherlands, claim that ICS fully addresses popular concerns about investment protection mechanisms. However, Canadian investment law expert Gus van Harten warned of the dangers of ISDS and ICS in a recent presentation to Dutch Parliamentarians. Although he acknowledged the changes made under ICS are a step in the right direction, fundamental problems remain – an argument supported by Transnational Institute’s research on ICS.

Canada’s experience with NAFTA should be a warning sign: the agreement has led to 35 claims against Canada, mostly related to companies challenging environmental protection laws. Investor claims in the last decade show that these are mostly brought by corporations challenging government measures, especially those protecting citizens and the environment. Foreign investors are currently seeking several billion dollars in damages from the Canadian government. Half of the ISDS claims up to 2013were initiated by European investors. Canada can expect many more claims if CETA goes ahead.

Why are the Dutch likely to block CETA?

Popular sentiment may tend toward greater international cooperation but many European citizens feel angry about deals like CETA and TTIP, seeing them as the latest in a series of threats to democracy, and are taking action. The European citizens initiative against CETA and TTIP has been signed by a record breaking 3.5 million Europeans. The public consultation on ISDS has seen the widest participation in the history of EU-wide consultation, reaching almost 150,000 replies, 97 per cent of which were critical of ISDS. The European Commission’s dismissal of the public outcry and its transparent repackaging of ISDS has only served to fan the flames, bringing thousands on to the streets against trade deals like CETA in a number of European countries.

The Dutch referendum platform, which has already received 175,000 signatures without active campaigning, is widely expected to reach the 300,000 signatures needed to trigger a referendum. CETA is scheduled to be signed at the Canada-EU summit in October. The ratification process will most likely take at least half a year. Considering a few months for the relevant authorities to begin practicalities, the Dutch referendum could take place in the fall of 2017.

At the moment, all signs point to a popular rejection of CETA, which may cause the entire deal to unravel.

Niels Jongerius is a researcher at the Amsterdam based Transnational Institute and is involved in the Dutch campaign against CETA.