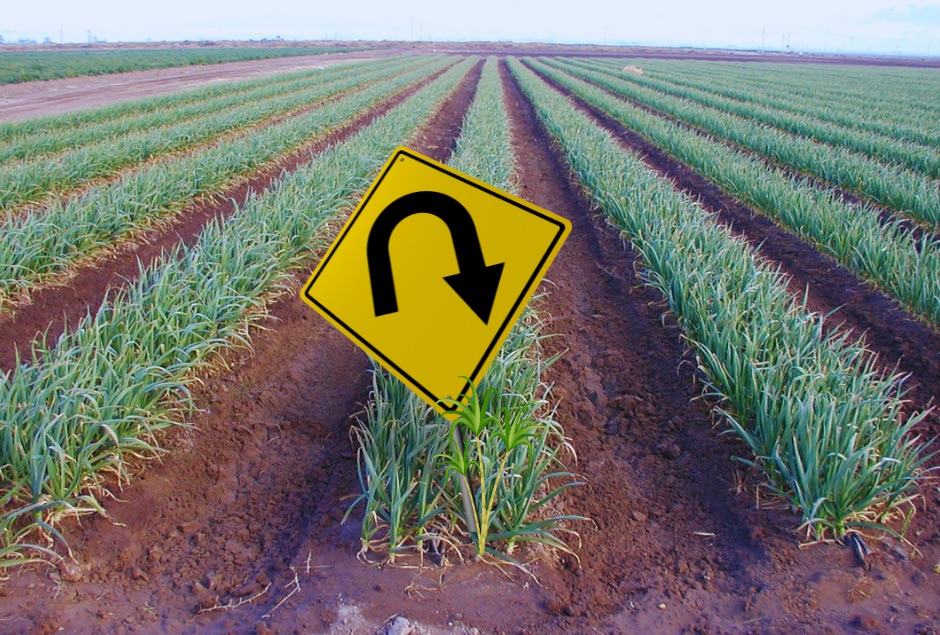 Photo by worldwaterweek-Netafim / CC BY 2.0

Audrey Changoe is a trade campaigner with Friends of the Earth Europe, a Brussels-based environmental network.

While the EU maintains that ethanol has a role to play in Europe’s shift to clean transport, the production of ethanol is damaging the environment and hurting local communities in South America, argues Audrey Changoe.

The EU likes to portray itself as a global leader in combatting the climate crisis and biodiversity collapse. Presenting biofuels, such as ethanol, as the silver bullet to reach sustainability targets comes in handy.

On a closer look though, ethanol production leaves a trail of ecological destruction at the expense of indigenous and rural communities in South America.

Only big corporations such as BASF, Raízen and Bayer, all with their own unethical track records, will benefit from the ethanol trade boost that’s being pushed by the European Commission.

At the COP 26 climate talks in Glasgow, the European Commission signed on to a global pledge to end deforestation by 2030, as well as promoting sustainable land use and biodiversity. But many of the countries that co-signed are actually the ones driving deforestation and biodiversity loss – particularly through environmentally destructive trade deals.

Take the EU-Mercosur free trade deal for example: a deal with Paraguay, Uruguay, Argentina and Brazil. The European Commission is steadfastly trying to get this agreement signed off, which would significantly increase the trade in agricultural products, including beef, soy and ethanol, commodities that are responsible for destroying important South American ecosystems.

Neither record-breaking levels of deforestation and forest fires nor unprecedented assaults against indigenous leaders and communities in Brazil could discourage trade commissioner Dombrovskis and consorts from rooting for the agreement.

The EU-Mercosur deal will lead to a six-fold increase of sugarcane-based ethanol exports to the EU (650,000 tons), to meet Europe’s ‘green’ transport fuel targets and to be used by the bioplastics and biochemical industries.

Under the European Green Deal, the EU’s renewable energy directive promotes the use of bioenergy and biofuels as part of a package to reach the EU’s climate targets.

The evidence is clear: growing international demand for ethanol has triggered direct and indirect change of land use and resulted in biodiversity loss and deforestation.

Sugarcane production is particularly expanding in the Pantanal wetlands and the unique Cerrado savannah, two endangered biodiversity hotspots. According to research, the Cerrado could see its biodiversity plummet significantly due to sugarcane-based ethanol expansion.

Turning native vegetation into cropland is putting pressure on water resources and making the Cerrado hotter and drier, which could lead to desertification. Rivers receiving less water could exacerbate the issues the Amazon rainforest is threatened with, up to the collapse of the ecosystem.

Ethanol production is also linked to widespread pesticide contamination and the use of pesticides in South American countries is different from the EU. For instance, the level of glyphosate residues permitted on sugarcane in Brazil is 10 times higher.

Hazardous chemicals used on sugarcane crops in Brazil are linked to the death of millions of bees, which are crucial for keeping ecosystems in balance.

And who produces these toxic agrochemicals, many of which are actually banned in the EU? Chemical giants like Bayer and BASF, who have an chequered track record of unethical global supply chains – and whose pesticide sales will be multiplied with the EU-Mercosur deal.

There is another consequence of an EU-Mercosur trade boost which does not quite fit into the EU’s ethical self-marketing. Rural communities and indigenous people, already bearing the brunt of agribusiness expansion, could further lose access to their traditional lands and livelihoods.

Indigenous peoples, in particular the Guarani-Kaio-wá, in the state of Mato Grosso do Sul, have seen sugarcane and other plantations increasingly encroach on their traditional territories. The multinational company Raízen, a joint venture between Shell and Cosan, currently grows sugarcane on land that is officially recognised as belonging to the Guarani-Kaio-wá.

Raízen and other ethanol giants have been involved in serious human right violations and land grabbing – but it is them who will chiefly benefit from the EU-Mercosur trade deal, as it will boost their ethanol exports.

The winners and losers of the ethanol boost

The EU claims to be prioritising the fight against the climate crisis and the destruction of nature, as well as championing human rights. Framing ethanol as a “green” biofuel fits perfectly into this narrative and is a perfidious justification to push for the EU-Mercosur trade deal.

In response to public outrage about the well-known devastating impacts of the deal, the European Commission is now trying to fix the flawed trade agreement with additional environmental declarations.

But the threat to people and planet is actually inherent to the EU-Mercosur trade agreement, since it is precisely the expansion of the toxic agribusiness model that drives environmental crimes.

While transnational corporations based in the EU will see their profits soar, the destruction of nature, habitat and livelihoods is already underway.