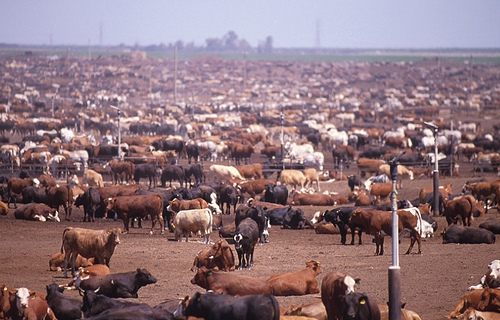 TOKYO — Japanese imports of beef are nearing the point of triggering an automatic tariff increase, sparking official unease here over upcoming trade negotiations with the U.S.

Frozen-beef imports rose almost 80% on the year this January in recently released Ministry of Finance data. The surge is attributed mainly to a roughly 80% surge in purchases from Canada, New Zealand and two other members of the 11-country Comprehensive and Progressive Agreement for Trans-Pacific Partnership, or TPP-11, which lowered certain beef tariffs to 27.5% from 38.5% when it took effect in December. The U.S. is not part of the trade deal.

"Imports grew much faster than expected," said a senior representative from the Japan Meat Traders Association, whose members include trading houses.

Japan’s current safeguard mechanism automatically ratchets up the duty on frozen beef if quarterly import volumes surpass year-earlier levels by 17%. If this threshold is topped in the current quarter through March, the 38.5% tariff will jump to 50% in May or June for the rest of the fiscal year ending March 2020.

Given the January figure, the tariff increase kicks in if purchases for February and March total 49,887 tons. Japan has been importing around 30,000 tons of beef a month.

"We don’t even have 50,000 tons before we reach the flashpoint," said an anxious official at the meat traders’ group. Alarmed by the potentially imminent tariff hike, the association compiled import data on its own and distributed it to member companies, implicitly telling them to watch how much foreign beef they buy.

Agencies like the Ministry of Agriculture, Forestry and Fisheries and the Customs and Tariff Bureau are closely monitoring the situation as well. Imports may not reach the threshold this quarter, since businesses tend to curb inventories toward the March end of a fiscal year, reducing the volume of food that goes through customs. Government officials here nevertheless worry about U.S. President Donald Trump’s reaction should beef imports keep climbing and activate the safeguard.

When the measures for frozen beef were triggered for the first time in 14 years in 2017 and stayed in place through March 2018, Canada, New Zealand and the U.S. were slapped with the tariff hike. Australia was spared under an economic partnership agreement with Japan.

With the TPP-11 now in effect, its members will likely be exempted from future safeguards. Japan buys more than 90% of its beef from the U.S. and the TPP-11 bloc. So "the U.S. will in effect be the only target of the safeguard," in the words of a government official.

And the TPP-11 countries are set to enjoy tariff relief, with the rate dropping to 26.6% in April as part of a phase-down. The new rate will be roughly half of the possible 50% faced by American beef.

The timing could not be worse. Japan and the U.S. are scheduled to begin working-level talks over a trade agreement on goods as early as April to set the stage for when Trump visits Japan in late May. This could come around the time of the safeguard action.

When the safeguard was triggered in 2017, the Trump administration demanded its removal. Industry groups have a loud voice in America. And "beef is a key item in trade talks for the U.S.," an agriculture ministry official said. If a Japanese protective measure kicks in while Tokyo is hashing out the specifics of the pact with Washington, an angry Trump may be prompted to take a harsher stance.

Concerns are also growing in the Japanese government that Washington might expand the beef issue into the foreign exchange realm. It has been suggested that the yen’s sharp appreciation early this year, along with the launch of the TPP-11, contributed to January’s spike in imports.

The U.S. has indicated that it wants language against competitive currency devaluation in its possible trade deal with Japan. Tokyo argues that trade and foreign exchange are separate issues.

The Finance Ministry last year was supposed to consider tweaking the beef safeguard mechanism, replacing quarterly import data for triggering the protection with half- or full-year figures — as in the TPP-11 and the trade deal with Australia. But it kept the framework intact, apparently so that beef levies could serve as a bargaining chip in the upcoming trade talks with Washington.

But Japan did not count on imports increasing as much as they have, Tokyo may have to alter its negotiating strategy if the beef safeguard does activate.