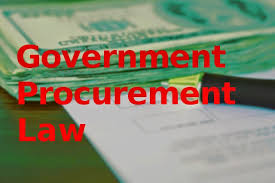 The commerce ministry has agreed to formal discussions on government procurement in the Regional Comprehensive Economic Partnership (RCEP) trade agreement. Delhi had been resisting the idea so far. A working group will be set up next month to discuss the proposal. “We have been resisting it but discussions have become inevitable.

We can’t take binding commitments but can only share best practices,” said an official privy to the development.

India will host the next round of negotiations in Hyderabad in July. Public procurement relates to the process through which government, public utilities and state-owned enterprises procure goods or services for their own use.

Since India is neither a party to the WTO’s Government Procurement Agreement nor with any other country, it has the flexibility to offer certain benefits in the form of price preferences and local sourcing to domestic players in government procurement.

It doesn’t have to go for international tenders while procuring any goods and services.

Many countries feel that public procurement impacts imports and exports and should be transparent. While India has acknowledged government procurement as an important issue but at its current stage of development, it is opposed to taking binding commitments at multilateral, bilateral or regional level trade agreements.

New Zealand has been pushing for the inclusion of government procurement in RCEP and other members have evinced interest in discussing the issue.

Experts fear the move will ultimately lead to India getting cornered by other countries and eventual opening up of public procurement to other countries, which could jeopardise the Make in India programme.

“Government procurement is a useful tool to give fillip to domestic industry because we have the flexibility to give it preference. If we give market access, then we will lose that flexibility,” said a Delhi-based expert on trade issues.