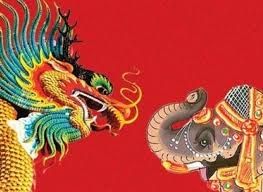 India and China on Saturday decided to set up a ministerial-level mechanism to resolve issues relating to trade, investment and services as Prime Minister Narendra Modi and Chinese President Xi Jinping vowed to further broadbase bilateral ties during their two-day informal summit.

The two leaders also briefly discussed issues relating to negotiations on firming up a trade pact under the ambitious Regional Comprehensive Economic Partnership (RCEP), a grouping of 16 nations. Gokhale said the prime minister specifically said that India looks forward to the RCEP but added that it should be balanced.

“President Xi noted it and said China and India are ready to discuss the issue further and Indian concerns over it (RCEP) will be taken into account,” Gokhale said. The RCEP, comprising 10-member ASEAN bloc and six other countries — India, China, Japan, South Korea, Australia and New Zealand — is engaged in negotiations for a free trade pact.

The RCEP negotiations were launched by leaders from 10 ASEAN member states and six ASEAN FTA partners during the 21st ASEAN Summit in Phnom Penh in November 2012. The objective of launching RCEP negotiations is to achieve a modern, comprehensive, high-quality, and mutually beneficial economic partnership agreement among the ASEAN member States and ASEAN’s FTA partners.

On the new mechanism on trade and investment, Gokhale said it will be headed by Vice Premier Hu Chunhua on the Chinese side and Finance Minister Nirmala Sitharaman from India. “In pursuit of their efforts to further deepen economic cooperation and to enhance their closer development partnership, the two leaders have decided to establish a high-level economic and trade dialogue mechanism with the objective of achieving enhanced trade and commercial relations, as well as to better balance the trade between the two countries,” said a press release issued by Ministry of External Affairs.

It said both sides also agreed to encourage mutual investments in identified sectors through the development of a manufacturing partnership and tasked their officials to develop this idea at the first meeting of the high-level economic and trade dialogue. Gokhale said the new mechanism on trade and investment will also explore ways to cooperation between companies of India and China in a third country.