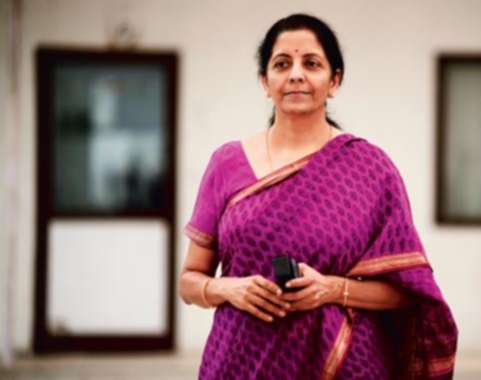 India has hardened its negotiating positions in ongoing negotiations with Australia, New Zealand and European Union, while signalling its interest to hunt for markets in Latin America, Africa and West Asia. (Nirmala Sitharaman photographed by Pradeep Gaur/Mint)

India wary of issues on services in Canada pact

New Delhi: Canada is keen to conclude the ongoing negotiations for a “high-quality” comprehensive economic partnership agreement (CEPA) with India, even as India still has disagreements in the services part of the accord.

Canada’s trade minister Ed Fast is scheduled to visit India next month to hold discussions with his Indian counterpart Nirmala Sitharaman to end the deadlock in negotiations.

“Canada is committed to negotiating a high-quality trade agreement with India. We are looking to sign an ambitious agreement which would improve market access for goods and services, eliminate tariffs, and reduce non-tariff barriers to trade,” Claude Rochon, trade spokesperson for the Canadian government said in an emailed reply.

Rochon said minister Fast met Sitharaman (on the sidelines of the G-20 meet in Sydney in July), and reiterated Canada’s interest in moving the CEPA negotiations forward. “Canada hopes that India’s new government brings renewed energy to the CEPA negotiations. India is priority market under Canada’s Global Markets Action Plan and the government views a Canada-India trade agreement as a building block in expanding strategic relationship with India,” he added.

Last week, India’s commerce secretary Rajeev Kher speaking to reporters at the sidelines of an event in New Delhi said negotiations for the India-Canada CEPA are on, but there are certain issues on services which need to be resolved. “Those issues need to be sorted out. The Canadian minister will be visiting India soon. We will be talking to the minister. We will see whether it moves or not. Their position on some of the services issues are different from ours. Until those issues are sorted out, we will not be able to move forward,” he added. The new National Democratic Alliance government has signalled a reorientation of India’s foreign trade policy, focusing on signing trade agreements keeping India’s strategic advantages in mind. India has hardened its negotiating positions in ongoing negotiations with Australia, New Zealand and European Union, while signalling its interest to hunt for markets in Latin America, Africa and West Asia.

The joint study group report for the CEPA talks about including standalone chapters for financial and telecommunication services, elaborating on the level of commitments and promoting a pro-competitive regulatory environment. It also talks about recognizing the mutual interest in facilitating the legitimate temporary movement of natural persons for enhancing bilateral trade and investment and including a separate chapter on temporary entry for natural persons.

Arpita Mukherjee, professor at the Indian Council for Research on International Economic Relations, said issues often crop up in services negotiations with trading partners as India bases its services liberalization on a positive list, while most others including Canada follow a negative list.

“India is also not sure whether to allow specialized visa for trading partners in return for more visas for its professionals. Also, no surety about domestic reforms in fields such as banking and insurance keeps the trading partners worried,” she added.

In September 2008, the India-Canada CEO Round Table concluded that the two countries would benefit enormously from CEPA by eliminating tariffs on a substantial majority of bilateral trade items. CEPA would cover trade in goods, trade in services, rules of origin, sanitary and phytosanitary measures, technical barriers to trade and other areas of economic cooperation. The report by a joint study in September 2010 highlighted the benefits of CEPA for both. Accordingly, the announcement of a launch of India-Canada CEPA negotiations was made by prime ministers of both countries in Seoul in November 2010 and the negotiations were formally launched by their trade ministers on 16 November 2010 in New Delhi. Eight rounds of negotiations have been held so far for the CEPA. The eighth and last round was held in June 2013, in Ottawa.

India’s major commodities of export to Canada include readymade garments, cotton, drugs, pharmaceuticals, fine chemicals, metals, gems and jewellery, machinery and instruments. The major items of import from Canada are pulses, fertilizers manufactured, machinery (except electrical and electronic), transport equipment, pulp and waste paper, among others.