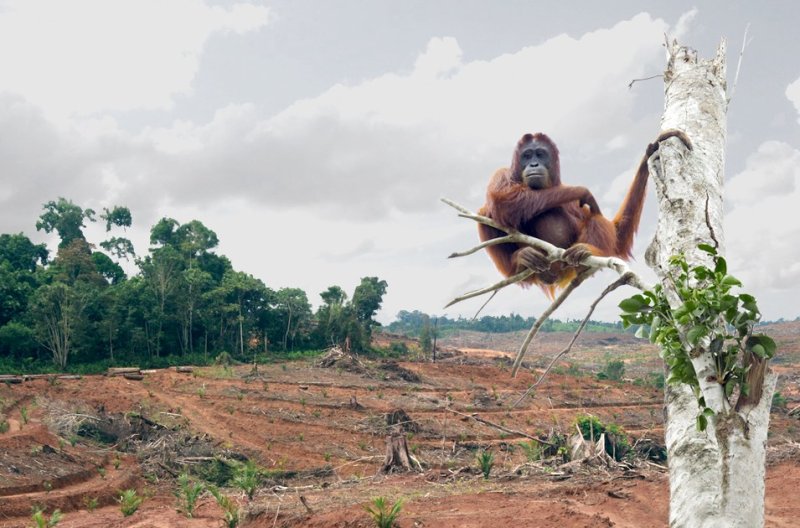 In concluding a three-day forum on sustainable trade, indigenous and human rights and deforestation in Amsterdam, the delegation from 11 forest nations issued a statement warning the EU and its member states that the global trading system—in violation of pledges made at both ends of the supply chain—continues to produce and sell shoes, handbags, beef, animal feed, chocolates, gold and biofuels that are destroying the lives and livelihoods of forest peoples in forest countries.

“Even the so-called legal industries are often linked to corruption, violation of communal land rights and impunity for environmental and human rights impacts, weakening local democratic institutions,” said the statement from a delegation made up of individuals from Colombia, Peru, Paraguay, Guyana, Suriname, Argentina, Liberia, Cameron, DRC, Malaysia and Indonesia. “Everywhere, around the world, our peoples are under increasing pressure; are being driven from their territories and abused and murdered by the henchman of international commercial interests.”

Members of the delegation spoke at two events in the Netherlands today—at a press briefing in Amsterdam and at a special meeting with members of a parliamentary standing committee on foreign trade and development cooperation in The Hague. They will travel to Brussels and London next week to meet with European and UK policy makers and human rights and environmental groups.

Invited by two civil society groups, the UK-based Forest Peoples Programme and Both ENDS, which is based in Amsterdam, the delegation arrives in Europe at a critical moment for the EU, which is facing stiff opposition from Malaysia and Indonesia to a proposal to implement the world’s first ban on an agricultural commodity sold in the EU—palm oil for biofuel. The two Southeast Asian countries—with growing stakes in palm oil plantations in Africa and Latin America— continue to lobby hard to weaken the proposed ban. A recent study by Rainforest Foundation Norway suggests that without the ban, meeting the global demand would result in the loss of 45,000 square kilometers (17,374 square miles) of forests, an area the size of the Netherlands, by 2030.

“The answer is for the EU and member states to put in place binding regulations and to strengthen voluntary commodity certification schemes to better protect communities and forests impacted by agribusiness development and trade in conflict commodities,” said Mina Bayan of the Social Entrepreneurs for Sustainable Development (SESDev) from Liberia.

The new report shared by delegates with Dutch government decision-makers—a collaboration between FPP and leaders representing indigenous peoples and rural communities from Latin America, Africa and Southeast Asia—concludes that the problems faced by forest peoples are universal, whether the threats come from agro-industries and trade in conflict commodities or anti-people forest conservation policies.

“If this trend of deforestation goes on, our peoples and our culture will disappear,” said Shapiom Noningo Sesén, a leader of the Wampis Nation in the Peruvian Amazon. “Only if we offer resistance, can we survive. If European consumers are not sure where their products come from—it means the end of humanity. They must ask where the raw materials come from and demand changes from companies and governments. This is my conclusion.”

In their recommendations released today, the delegation called on the EU and its member states to introduce and pass positive legislation that would close the legal loopholes and require strengthened human rights due diligence by business, traders and investors, for conflict commodity and forest-risk supply chains. These currently allow companies and banks to avoid effective actions to prevent and eliminate human rights abuses, stop dispossession of land, and the destruction of forests fueled by agribusiness expansion into natural forests and the territories of indigenous peoples and local communities. The delegation called for urgent and targeted actions by governments, companies and civil society to strengthen protections for human rights defenders at the local, national and global levels.

"If the goal is to save forests, any development proposal must effectively include indigenous and local communities and apply solid protections for their rights," said Mr. Jamer López Agustín, a leader of the Shipibo-Konibo people and a member of Federation of Native Communities of Ucayali (FECONAU) in the Peruvian Amazon. "We have been shown to outperform all other forest managers in conserving and sustaining tropical forests that hold the most carbon," he added.

López Agustín and his fellow members of the delegation demanded as well that companies and investors be required to complete more robust human and land rights due diligence in their business, trade and investment operations, citing the resistance of national and local governments to giving forest peoples a say in determining the fate of their lands and resources.

Mr. Franco Segesso of the Land Workers Union (UTT) in Argentina said: “Countries like the Netherlands are major importers of soybeans and soy products, yet industrial soybean farming in my country is linked to forced displacement of communities, mass fumigation of rural communities by soy farmers, illegal deforestation and damage to aquatic ecosystems.”

Industrial agriculture is the largest driver of tropical deforestation, yet finance for business-as-usual agricultural and monoculture plantation practices since 2010 has been nearly 40 times larger than finance for forest protection. According to news stories linked to a trade event in Kuala Lumpur over the last week, government officials from Sweden, France, the United Kingdom and the Netherlands have made statements that the Malaysian press framed as expressing opposition to the EU proposal.

In relation to forest and climate projects and global climate funds channeling money into forest preservation worldwide, the visiting delegates highlighted the need for much more effective rights-based policies and respect for forest community rights. “To make sure that climate projects do what they are supposed to do, we recommend that they be assessed and audited for human rights and land tenure compliance at every stage,” said Mr. Edisutrino the deputy director of TuK Indonesia, an organization that supports communities affected by corporate crimes that are linked to commodities, such as tree plantations (HTI), and other exploitative businesses. “And the entire process must be done with full transparency and the involvement of forest peoples,” he added.

Throughout their visit, delegates are underlining the positive community efforts and grassroots proposals for sustaining the world’s last remaining forests located on their ancestral lands and customary territories. Ron James, of Southern Guyana in South America stated: “We have proposals for a major community forest covering more than one million hectares of old growth rainforest, which is sacred to our people. It is our forest mother. What we seek is recognition, legal land security and international support for our initiative that will benefit our peoples and future generations and provide life-giving benefits for all the peoples on Earth.”