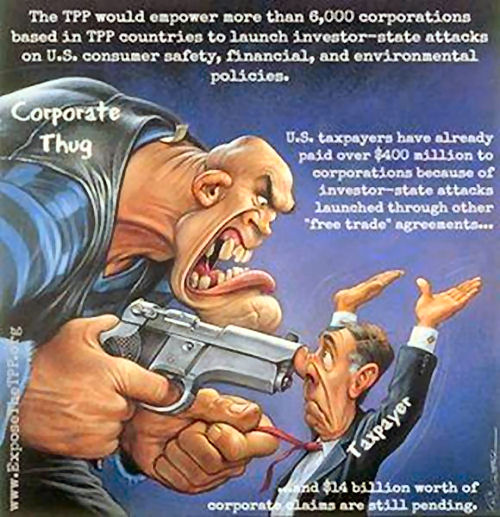 The discourse around ISDS has become more heated than could have been anticipated only a few years ago. (Image courtesy of globalinfo.nl)

Indonesia’s termination of the Netherlands–Indonesia BIT: Broader implications in the Asia-Pacific?

The value of investor-state dispute settlement (ISDS) procedures has lately been questioned by a number of countries. The Australian Government’s 2011 Trade Policy Statement – stating that Australia would not agree to ISDS in its treaties – caused much debate and controversy. In part, Australia’s policy was motivated by the Philip Morris claim, instituted in response to legislation requiring the plain packaging of cigarettes. Since then, a change of government in 2013 has meant that Australia has retracted considerably from its strict position. The current Government has indicated it will consider the inclusion of ISDS on a case-by-case basis. While the Government agreed to the inclusion of ISDS in the recent agreement with Korea, no such regime was included in the agreement with Japan.

Since then, there has since been widespread discussion around the intentions of the Indonesian Government and what may have motivated its decision to cancel the Netherlands BIT. It has been proposed that, in part at least, the Churchill Mining PLC and Planet Mining Pty Ltd v Republic of Indonesia cases may have motivated the Indonesian Government to review its current treaty portfolio. The Churchill claim, which has caused some concern in Indonesia, is for over $1 billion, not including interest. Indeed there have been emphatic calls for Indonesia to immediately withdraw from the ICSID and continue to treat BITs with caution. The reasons for this caution include the need to treat foreign and domestic investors equally and the restraints placed on the Government as result of having international claims lodged against it. More particularly, there is a view that, in light of the economic power it now has, Indonesia no longer needs to forsake its regulatory autonomy to attract foreign investment.

Termination of its BITs by Indonesia would not mean a complete withdrawal from all investment protection obligations and mechanisms. Existing investors would continue to be protected by the “survival clauses” that have been included in many of the BITs. For example, under the Netherlands–Indonesia BIT, the investments under the BIT will be protected by a sunset period of 15 years after the BIT’s termination. Further, even if all of its BITs were terminated, Indonesia would still be subject to its obligations under the ASEAN Comprehensive Investment Agreement and the ASEAN-Australia-New Zealand Free Trade Agreement.

In any case, the debate has given rise to a premature view that Indonesia’s actions indicate a wholesale rejection of ISDS. There is, as yet, no basis for this. The authoritative view is that Indonesia does not intend to withdraw from its regime of investment agreements entirely. The Indonesian Ambassador to Belgium has stated that Indonesia is seeking to “update, modernize and balance its BITs”. It is allowing its BITs to “discontinue” so that it can renegotiate them. Indonesia is now economically stable and powerful enough to assert its regulatory autonomy. It has been suggested that Indonesia intends to renegotiate its BITs to provide greater capacity to regulate in the “public interest for health, the environment or financial reasons”.

This view indicates that Indonesia has not lost faith in investment agreements generally, nor particularly in ISDS. Clearly, however, Indonesia does view the current arrangements as being unsatisfactory. This space is therefore one to watch.

To an extent, Indonesia’s motivations are somewhat analogous to Australia’s position enunciated in its 2011 Policy Statement. The Australian Government at the time made it clear that it did not intend to confer additional benefits on foreign investors, and would not limit its ability to legislate in the public interest. The current Australian Government – though considerably more flexible on the issue – has not abandoned the policy. Recently, it included an ISDS regime in the free trade agreement with Korea. This regime, however, does include carve-outs to allow state parties some freedom to regulate in the public interest.

The discourse around ISDS has become more heated than could have been anticipated only a few years ago. Certainly, high profile arbitration claims have led many to believe that the mechanism of enforcing protections is to blame. However, neither Australia’s current position nor what we know of Indonesia’s stance can be said to indicate abandonment of ISDS by either country. The ISDS process, though subject to much debate, remains very much on the table.

Leon E Trakman (LLM, SJD (Harvard)) is Professor of Law and past dean of law at the University of New South Wales. He has acted as an international commercial arbitrator in many high profile disputes.

The authors thank the Australian Research Council for its support in undertaking research on investor-state arbitration.